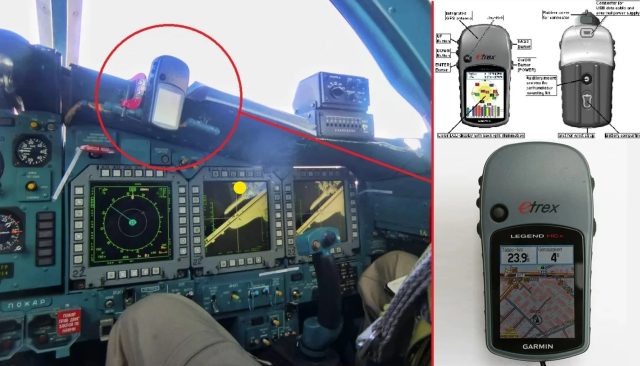 Over the past three months, it has been repeatedly shown that Russia’s invading army is poorly equipped for military confrontations. Despite the large numbers of soldiers and weapons, the country’s military equipment is technologically outdated, and new evidence indicates that Russian fighter jets are not even equipped with high-performance military navigation systems. They would use commercial GPS equipment.

According to new reports from the UK about Russian planes shot down in Ukraine, it seems that Russian pilots use on board GPS devices glued in the area of ​​flight instruments, to be able to guide themselves in missions. British Defense Secretary Ben Wallace says this could be an indication of the “poor” state of Russia’s current navigation systems.

“GPS devices were found attached to the board of the downed Russian Su-34 planes, so that the pilots could know where they were, due to the poor quality of their own systems.”

This is not the first time that Russian fighter jets have been discovered to be using civilian equipment with American technology. Images from planes operating in Syria a few years ago revealed a similar situation (photo). Despite the fact that the planes are equipped with Russian navigation systems, the pilots still use American civilian GPS systems.

The GPS satellite system is of American origin and is used for navigation and positioning anywhere in the world. It was originally developed for the US military, but, like the Internet, was eventually opened to the public.

Read:  YouTube Music will have Related tab, a page where you can find remixes and covers of your favorite songs

Russia has its own network of positioning satellites, called GLONASS. In theory, it should cover the entire planet and provide GPS-like performance. GLONASS satellites began launching in 1982 and are in orbit at an altitude of 19,130 ​​km. The accuracy of these satellites should identify the user’s position with an accuracy between 3 and 7 meters, a performance comparable to the American GPS