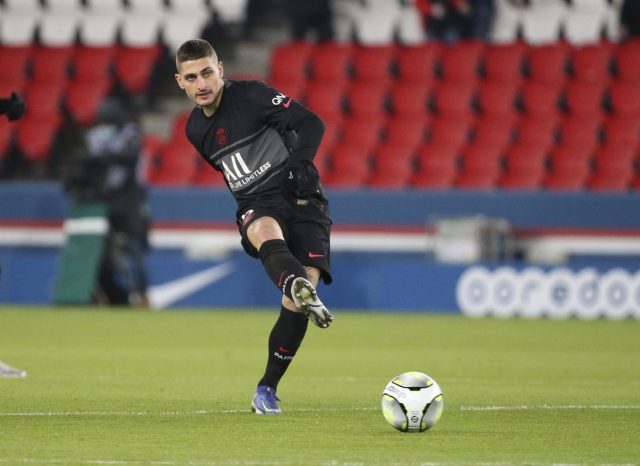 The Italian midfielder of Paris Saint-Germain, Marco Verratti, believes that they should not think “too much” about how they played the first leg before facing Real Madrid on Wednesday at the Santiago Bernabéu with the ticket to the quarterfinals of the League of Champions at stake, and stressed that it will not be enough for them to play “at 80 percent” and that they have arguments both to be able to “control the game” and to cause damage “on the counterattack”.

“I think we shouldn’t think too much about the first leg, about the result we had, it’s as if we had played the first half and we still have the second to play. We have a small advantage, but that doesn’t mean anything, we won’t be able to try defend, especially because it’s not our game and we don’t know how to do it,” Verratti stressed in an interview on his club’s website.

The international made it clear that they must go to the Santiago Bernabéu “with a great mind and a lot of personality”. “We will have to try to play our game and be one hundred percent, whether mentally or tactically. Individually as well, because it will be very important to win the duels, whether in defense or in midfield,” he pointed out.

Read:  Everton catches air against Newcastle with a goal in the 99th minute

“We have to give our best to play a great game because against Real Madrid playing at 80 percent will not be enough. They are not going to give us gifts, you have to deserve this qualification and go there to win”, he added.

Verratti insisted that they must put on “a great game, even better than the one at the Parc des Princes.” “We know that these players, at home, will play differently. Then we know the ingredients to put in to win a game,” he warned.

“What I want to say is that with the players we have, for me, we can manage to control the game. We also have a team that can play on the counterattack because with the speed that we have up front, with the great players that pass, with Messi, Neymar, Di María, Mbappé, when we have spaces, we become even more dangerous. We know this team and we will prepare for this match as we did for the first leg and I am sure we will be ready.”

Verratti confesses “in love” with PSG, a team “special in everything and that one day will do even more than it does today and will be even more magnificent.” “We all know that we have a great objective and we give everything to achieve it. We know that there are also other teams that have the same, but we are getting closer,” he stressed.

“We made a final and a semifinal for two consecutive years and it is not easy to achieve it in this competition where we are always going to meet great teams, but you have to try and give everything. You should not regret it, be one hundred percent and then we can go out the field with our heads held high because we gave it our all”, said the midfielder.