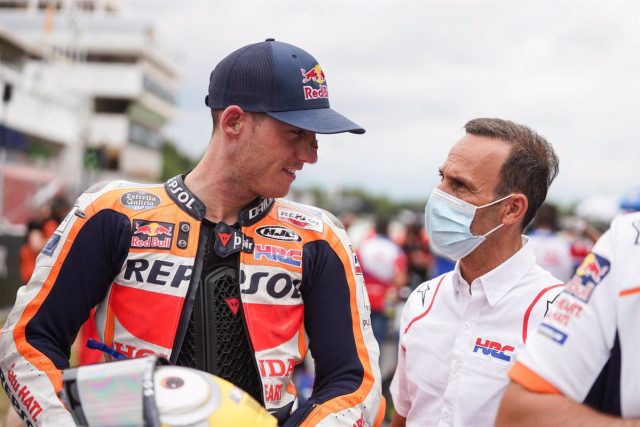 The Repsol Honda ‘Team Manager’, Alberto Puig, believes that they have had “a very good start from many points of view” of the new season of the Motorcycle World Championship, especially due to the return of Marc Márquez and the podium of Pol Espargaró, “confirmation can be constantly ahead”.

“It’s been a very good start from many points of view. Firstly, a few months ago we didn’t know if Marc Márquez could be in Qatar. Secondly, we achieved a good podium finish with Pol Espargaró in the first race, which shows that he that he achieved in the final part of the 2021 season is still there”, Puig celebrated in statements provided this Monday by his team.

The former rider stressed that the rider from Granollers has also shown “his ability with the performance of the bike”. “It was consistent throughout the weekend and we are very happy with this result,” he added.

Regarding the race of Márquez, who finished fifth, he believes that he had “the right tire choice” when starting with the soft compound, but that “he lacked a bit of grip on the front end and decided to stop forcing and avoid risks”. “Honestly, he had a smart race; he knows what he needs and he knew that in that situation, the best decision was to take the points from fifth position,” he warned.

Read:  The return of the 'sheriff' Márquez adds more emotion in the COTA

“Obviously, if he had had other sensations with the bike, he would have attacked more because it is his character. What he has achieved on Sunday in Qatar is good for us, he is in a good feeling in general and preparing for the next race. This will be the longest season in MotoGP history, with 21 Grand Prix,” Puig recalled.

All in all, the Catalan considers that it has been “a good start” and that the two riders are “happy”, and although he does not hide that “there are still points to improve”, he believes that they are “more satisfied as a group compared to previous years “.

“It is also important that our riders are in shape and that they have a new bike. The Honda is going to continue to evolve, that is clear; and the entire HRC and Repsol Honda team are working on its improvement. We are very motivated after have started the season so well”, underlined the Repsol Honda boss.

In this sense, he stressed that the positive points of this first Grand Prix “are Marc’s return to competition and the confirmation that Pol is a rider who can be constantly ahead and fight at the head of the race”.

Now, they will have to face the new Indonesian Grand Prix, where they will arrive “with high expectations” after the good pre-season test they signed last month. “We are very happy to return to Indonesia because it is a very supportive country for Honda. We have many fans there who use our bikes and we hope they can enjoy a great show in Lombok,” he said.