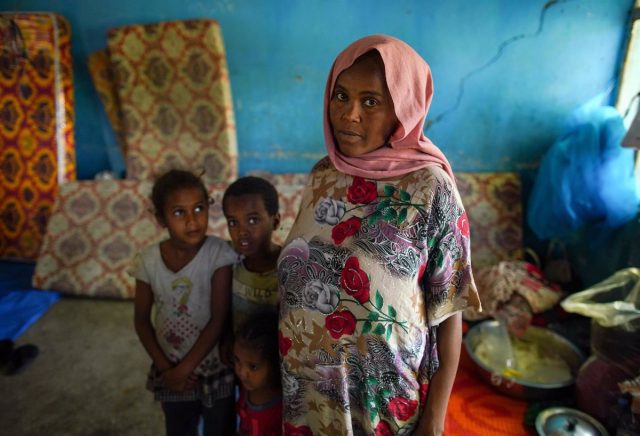 The United States announced this Wednesday the delivery of more than 250 tons of humanitarian aid to the International Organization for Migration in Ethiopia (IOM) with the aim of supporting populations in the Amhara and Afar regions affected by the conflict unleashed in November 2020 in Tigray.

The United States Agency for International Development (USAID) has indicated in a statement that “the supplies will support US efforts to provide emergency support to tens of thousands of Ethiopians affected by the conflict in the Ethiopian regions of Amhara and Afar”.

The handover was attended by US Charge d’Affaires in Addis Ababa, Tracey Jacobson, and IOM Acting Chief of Mission, Jian Zhao. Supplies include sheets, hygiene materials, tarps, and buckets.

“This is the second time that the United States government directly gives humanitarian supplies to Ethiopians displaced by the conflict in the north, through the IOM,” he told USAID, which has stressed that “this donation is adds to the nearly 900 million dollars (about 725 million euros) allocated by the United States to humanitarian aid to Ethiopia during the last year.

Read:  Blinken talks with Ukraine's foreign minister to emphasize Washington's support for the Ukrainian cause

In this sense, Jacobson has emphasized that “for the past 17 months, the United States has worked tirelessly with Ethiopian and international partners to provide emergency aid to Ethiopians in need, wherever they live.”

For his part, Jian has stated that cooperation with the United States “has been key in allowing (the agency) to provide much-needed aid to people affected by the conflict in Ethiopia,” according to the USAID statement.

“There are close to 4.2 million internally displaced people in Ethiopia due to conflict and with this generous support we will continue our efforts to support the Government of Ethiopia in ensuring that the displaced have access to safe shelter and a better of hygiene”, has settled.

The conflict in Ethiopia broke out in November 2020 after an attack by the Popular Front for the Liberation of Tigray (TPLF) against the main Army base, located in Mekelle, after which the Prime Minister, Abiy Ahmed, ordered an offensive against the group. after months of political and administrative tensions.

The TPLF has accused Abiy of stirring up tensions since he came to power in April 2018, when he became the first Oromo to take office. Until then, the TPLF had been the dominant force within the ethnically based coalition that had governed Ethiopia since 1991, the Ethiopian People’s Revolutionary Democratic Front (EPRDF). The group opposed Abiy’s reforms, seeing them as an attempt to undermine his influence.