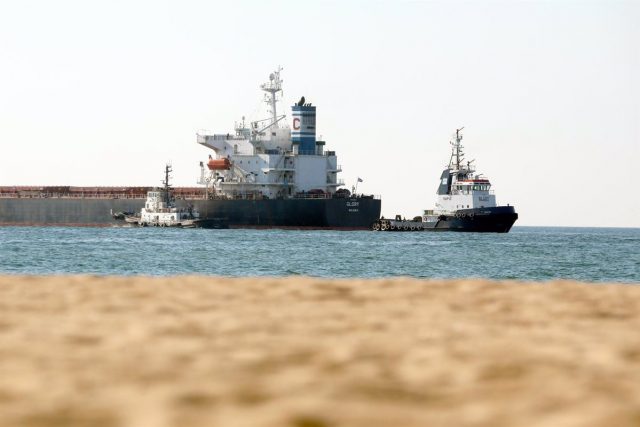 The Ukrainian Ministry of Infrastructure has reported that a first ship with about 23,000 tons of grain, chartered by the World Food Program (WFP), has left Tuesday from the port of Pivdennii, in the Ukrainian city of Yuzhne, for Djibouti, in the Horn of Africa.

“Currently, the Ministry of Infrastructure and the United Nations are working on ways to increase food supplies for socially vulnerable sectors of the African population,” he said in a statement, adding that already 17 ships with grain have left Ukrainian ports.

The shipment of this shipment will help alleviate the effects of the drought, especially in the Horn of Africa, where hunger and adverse weather conditions are destroying livelihoods in these countries.

“Opening Black Sea ports is the most important thing we can do right now to help the world’s hungry,” said WFP Executive Director David Beasley, who noted that “it takes more than ships to end world hunger.”

Despite this, he stressed that, thanks to the protection agreement signed last month in Istanbul between Ukraine, Russia, Turkey and the United Nations, the return of Ukrainian grain to the world market will allow “the world food crisis not to worsen even more”.

Read:  Nigeria fines four broadcasters for two documentaries on the activities of criminal groups in the country