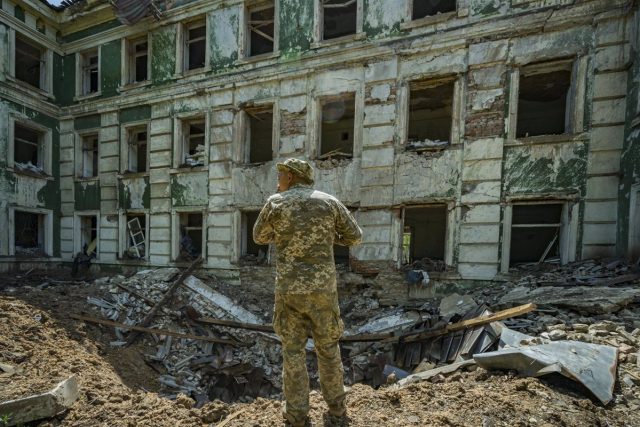 The head of the Lugansk Regional Administration, Serhiy Haidai, assured this Friday that the Ukrainian troops have recovered 20 percent of the territory occupied by Russia in the city of Severodonetsk, in the Lugansk region, in the east of the country.

Read:  At least two dead and more than 20 wounded in shooting in southern Brazil

These statements come three days after Haidai acknowledged that the Russian Army had taken 70 percent of Severodonetsk and that part of the Ukrainian troops had withdrawn to “more advantageous and prepared positions.”

“I heard many times that Severodonetsk was completely captured by the Russian Army. So I want to say no, not completely captured. Also, if there was a difficult situation before, there was about 70 percent of the territory occupied, now about 20 percent. backed down”, assured the governor of Lugansk in statements collected by the Unian agency.

Haidai has stressed that the Armed Forces are making “heroic efforts” to prevent the passage of the enemy, and has assured that reinforcements are coming for the Ukrainian Army.

Read:  The President of Ukraine signs a decree to mobilize reservists in the face of the growing conflict with Russia

“Winning is not something quick, but it will happen. We do not betray, we believe in the Armed Forces. We are fighting for all the settlements in the Luhansk region. We are waiting for Western weapons and preparing the process to end the occupation,” Haidai stressed. last Wednesday, when he announced that Russian troops had taken control of 70 percent of Severodonetsk.