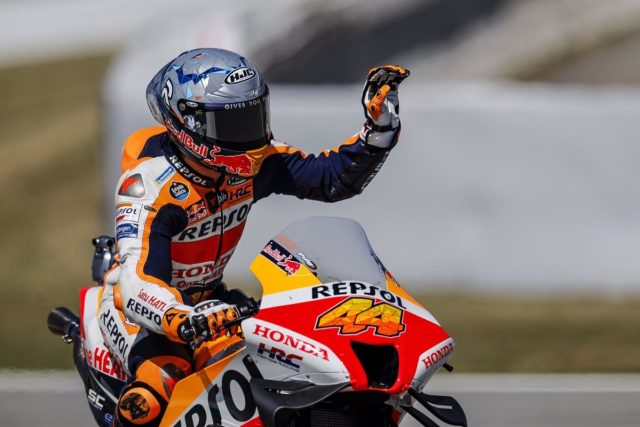 MotoGP rider Pol Espargaró (Repsol Honda) lamented having “more lack of grip” at the Catalan Grand Prix, where he managed to get fourth thanks to “a good start”, although he finished seventeenth, with rear tire problems .

“Today we had more lack of grip compared to the other sessions, unfortunately. It’s a shame because I made a good start and was close to the leaders,” he told his team.

The Repsol Honda rider explained that tomorrow he has an “important” test. “I think I’ll be working all day. We have to prepare well for the second part of the season”, he pointed out after competing in the Catalunya Grand Prix.

Read:  Betis will play the fifth final in its history, the first in 17 years

Asked about the state of health of the Japanese Takaaki Nakagami (Honda), who went down and took Àlex Rins (Suzuki) and also the Italian ‘Pecco’ Bagnaia (Ducati) again, as happened in Mugello, the The youngest of the Espargaró hopes that he is well. “He had a major accident right in front of me on the first stop,” he said.