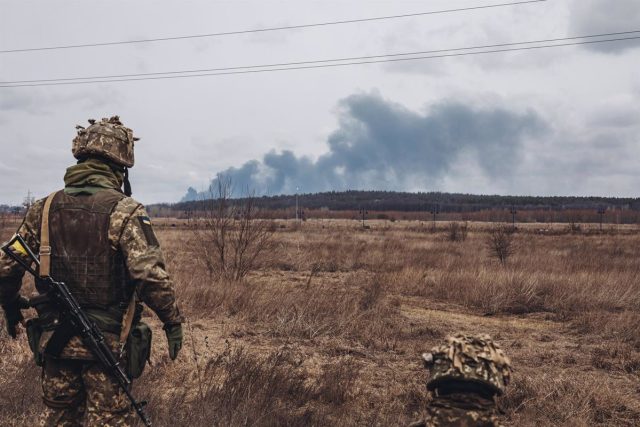 File – A soldier of the Ukrainian army observes the smoke of the bombings, on March 4, 2022, in Irpin (Ukraine) – Diego Herrera – Europa Press – Archive

The Ukrainian Armed Forces have raised this Friday to about 27,000 the number of Russian soldiers killed since the start of the war, unleashed on February 24 by the invasion order given by Russian President Vladimir Putin.

The General Staff of the Ukrainian Army has indicated in a message published on its official account on the social network Facebook that so far “about 26,900” Russian soldiers have died, 250 more than the previous day.

Read:  Israeli seriously injured after being stabbed in Bnei Brak, on the outskirts of Tel Aviv

Likewise, it has underlined that since the start of the fighting, 1,205 battle tanks, 542 artillery systems and 193 multiple self-propelled and armored rocket launchers have been destroyed.

On the other hand, he has said that 88 anti-aircraft defense systems, 200 planes, 162 helicopters, 2,042 vehicles and fuel tanks, thirteen boats and 405 drones have also been destroyed, while 95 cruise missiles have been shot down.

“The Russian enemy suffered the greatest losses during the last day in the Kurajiv direction,” he said in his message. “The data is being updated. Hit the occupant. Let’s win together. Our strength is the truth,” he has settled.