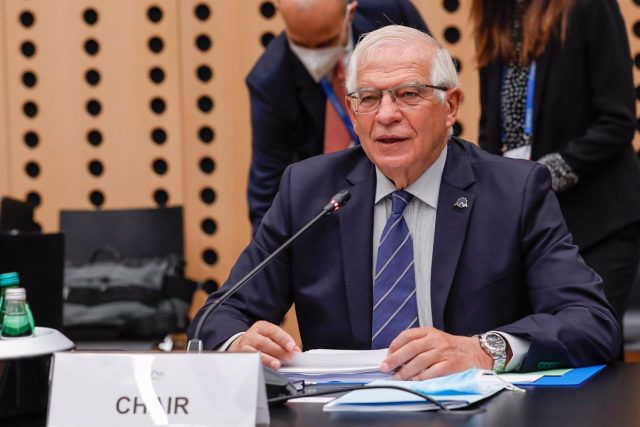 The High Representative of the European Union for Foreign Policy, Josep Borrell, has announced that the Twenty-seven will allocate an additional 500 million euros to finance the shipment of weapons to Ukraine, in a new sign of the European bloc’s continued support for kyiv in the face of the Russian invasion .

Almost two months after the start of the Russian offensive, the head of European diplomacy has proposed another round of 500 million so that, in this way, the EU raises funds to up to 2,000 million euros to arm Ukraine in the midst of the conflict, which are channeled through the European Peace Mechanism

“These 500 million will be used for heavy weapons such as armor, tanks, heavy artillery, ammunition… things that are needed in this type of war,” the High Representative stressed before the G7 Foreign Ministers’ meeting in Berlin , in which he has called for a “new impetus” to support the Ukrainian authorities militarily but has ruled out sending fighter jets.

Read:  Ukraine raises the balance of civilian victims since the invasion to 352 dead and some 2,000 wounded

With this instrument, the countries of the European Union pay for the shipment of military material to kyiv to respond to the aggression ordered by Moscow, an unprecedented measure in support of the Ukrainian Army and with which Spain has so far sent weapons worth 21 millions of euros.

Borrell has framed this announcement in European politics to redouble support for kyiv. “More of the same,” he said, betting on approving more economic sanctions, working to isolate Russia internationally, counter misinformation about the impact of the war on energy and food security, and form a united international front in support of Ukraine.

For his part, the Ukrainian Foreign Minister, Dimitro Kuleba, reported that this Friday he met with Borrell and took the opportunity to thank him for the announcement of the shipment of 500 million euros in heavy military equipment to Ukraine.

“As for the sixth package of EU sanctions, Ukraine’s position remains clear: it must include an oil embargo on Russia,” Kuleba said, according to a statement released by the Ukrainian diplomatic portfolio.

“WE WILL HAVE AN AGREEMENT ON OIL”

Regarding the sixth round of sanctions against Russia for the invasion of the neighboring country, which include an embargo on Russian oil and whose negotiations between the Twenty-seven have been going on for weeks, the former Spanish minister has hoped that he will approve, although he has not spoken of deadlines.

“I am sure that we will have an agreement. We need this agreement and we will have it. We have to get rid of our dependence on Russian oil,” he declared, to qualify that, nevertheless, it is necessary to understand the circumstances of all the Member States to take this important step in terms of energetic.

Thus, he has reiterated that if an agreement is not reached at the level of ambassadors to the EU, on Monday at the Foreign Affairs Council he will seek that the ministers of the branch give a “political impetus”. For the moment, the work continues at the level of ambassadors and with regional contacts with Eastern countries seeking ways to adapt to the Russian oil veto.