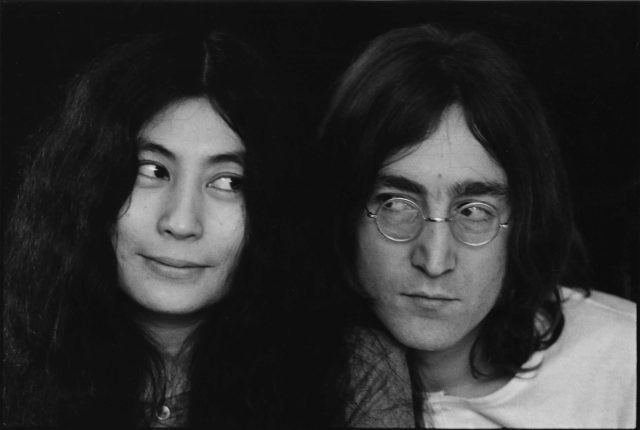 You have to admit, there are certain songs that you will definitely never be able to forget. The reasons why you will not be able to do this depend, to a large extent, on you, on the memories you link to, but also on the density with which they were promoted, at a certain moment, by the radio stations or profile televisions.

So, since some songs may remind you of a lost love, a wedding night, or maybe even a graduation ball, you might be quite disappointed when you find out that some of the lyrics of the famous songs are not relevant at all. what you thought it meant.

In other words, this is what “the poet meant” in the songs you love so much. I have to warn you that as soon as you finish reading this article, you might look at these hits with different eyes and obviously they won’t mean the same to you.

1. The Police – Every Breath You Take

People love this song, and many of them have even used it for the famous wedding dance. But if they knew that the emotional “I’ll be watching you” (which seems to be repeated about a hundred times at the end of the song) is not at all about the care you take for a loved one, but for a loved one. a dangerous, stalker-like man would probably give up using it that way.

In 1982, Sting wrote the song as he went through a complicated breakup with his wife, actress Frances Tomelty. His new partner and wife, with whom he has remained to this day, Trudie Styler, was at that time her best friend and also a close neighbor of the couple – hence the complications.

Life is sometimes complicated in itself: Master Sting himself emphasized this detail in the process of creating the composition: “I woke up in the middle of the night with that verse in my head, sat down at the piano and managed to write the song in half an hour. The song itself is generic, like hundreds of others, but the lyrics are interesting. Sounds like a comforting love song. I didn’t realize at the time how sinister it really was. I think I was thinking about Big Brother, “Sting said at one point.

Read:  Top 10 horror movies you can watch for free and legally on the internet

Surprisingly for the band, this composition became the almost indispensable soundtrack of the graduation ball, the famous dance and song party for high school students.

So, in general, the song is seen as the anthem of those who strive to make the transition from childhood to adulthood, most identifying with the lyrics, in an extremely nostalgic note.

Even if it makes sense to interpret the phrase this way, the play is, however, about the separation of soloist Billie Joe Armstrong from his girlfriend, who preferred life in exotic Ecuador, to the detriment of a hectic relationship with a punk rock star.

As the title of the song suggests, Billie was not entirely happy with her decision and therefore ironically points out that she is doing very well without him.

However, most people prefer the poetic meaning and nostalgic atmosphere of the composition, which are better suited to the idea of ​​a transition between childhood and adulthood. In the end, the musicians of Green Day were put in front of the accomplished fact and accepted this new meaning of their song, as it seems that they didn’t have much choice.

“Picture” is John Lennon’s most successful song after leaving The Beatles, and was co-written with his wife, Yoko Ono. In general, the song is considered an unofficial anthem of all people who seek peace, truth, and love in the world.

Surprisingly, it seems that John Lennon wrote the composition with a communist manifesto in mind. And because he was a smart guy, he immediately realized that this song would not be accepted, and he might get out of this situation, so he wrapped this political message quite clearly in poetic and romantic phrases. , about a world without materialism, without borders that separate us from other nations and, clearly, without religion.

Who Let The Dogs Out is the mega hit of all the parties that took place in the 2000s. By and large, the subject of the song seems to refer to some dogs that escaped from a leash. In fact, this is a feminist song that condemns “catcalling” – an slang expression for explicit and offensive sexual cries in public, most of which come from men and are aimed at attractive women.

The story described in the song goes like this: the metaphorical use of life, as a big party where everyone enjoys, but everything suddenly changes when a bunch of nasty and rude guys start insulting women at the party. Obviously, they don’t like it, so they start singing “Who Let The Dogs Out”, where dogs are the stylistic representation of men who simply misbehave with women in general.

5. Phil Collins – In The Air Tonight

“If you told me you were drowning, I wouldn’t help you.” These verses of the song provoked various reactions, becoming, over time, the subject of many urban legends, spread throughout the world.

One of them claimed that Phil Collins was inspired by a “true” and rather scary story from his childhood, when he saw a man drowning and simply could not help it. The other legend says that the artist did not deliberately help the drowned man because he knew that he had raped his wife.

In the 1990’s, the song came to everyone’s attention, with a lot of discussion on this topic.

Even so, the truth is that Phil Collins improvised the lyrics on the spot during the studio recording sessions. It seems that the song is nothing but an explosion full of frustration and anger that came after the recent (at that time) divorce of his first wife. Collins was so disappointed and hurt that he left Genesis for a short time to recover.