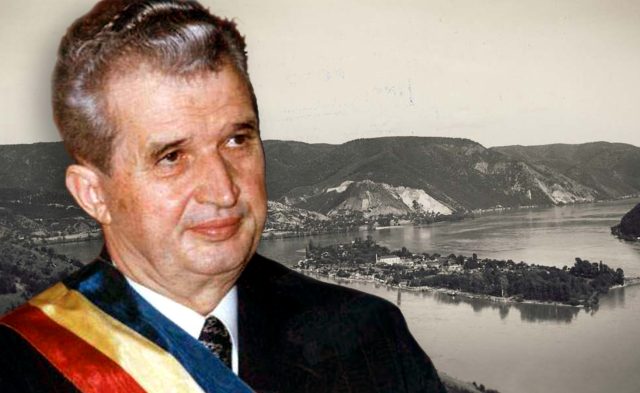 It has been 51 years since the Romanian island was sunk by the communists, being about Ada Kaleh, a fiscal and at the same time exotic paradise.

This former island was located about three kilometers downstream of Orsova and was completely covered by Danube waters after former dictator Nicoale Ceausescu ordered this for the dam of the Iron Gates I Hydropower Plant to be established.

Initially, the island was a military fortress that over time had different roles and different leaders. This island has been the subject of disputes between the Habsburg Empire and the Ottoman Empire for a century. The island was built by the Habsburgs in the 18th century, and over time, it has been crushed by the weather.

When this island was sunk, the old catacombs, the tunnels and some of the ruins disappeared, as well as the houses that proudly stood on these ruins. Taken together, they managed to give the island a romantic but also mysterious air, being a favorite place for tourists.

In the past, this place was a haven for smugglers, but also for those who were eager for adventure. All this lasted until the Treaty of Adrianople was born. This place is for many of us who could not step on that island, one full of story, as if it were part of the old stories.

In 1923, the island of Ada Kaleh was recognized as Romanian territory by the Treaty of Lausanne. That was also the time when the inhabitants, about 600 people of Turkish origin, lost their privileges to live there, implicitly their security.

The island sunk by the communists was a real paradise

In 1931, King Carol II, together with Prime Minister Nicolae Iorga, gave the islanders the right to import, without paying customs duties, food, tobacco, alcohol, coffee and bazaars, but in a limited number. . As a result, the local economy has grown considerably.

Three years later, Ada Kaleh was recognized as a climatic resort, which allowed its inhabitants to sell food such as Turkish shit, baclava, so that life there seemed to become a real paradise.

Read:  BMW believes it can dethrone Tesla: the Germans' plan against the American rival

This dream life came to an end when communism was established. Thus, the richest islanders were deported to Bărăgan or Turkey on the condition of handing over the accumulated wealth. At the same time, the locals were moved between 1970-1971.

Nicolae Ceausescu wanted at all costs to see one of his megalomaniac projects come to fruition, namely the construction of one of the largest hydropower plants on the Danube. Residents were promised that their buildings would be moved to Shisman Island.

The project has never become a reality before, so people settled in Orșova, Drobeta Turnu Severin, Constanța, Bucharest or even Turkey. In 1971, the island of Ada Kaleh was submerged, now hiding what had become the past of a small people, an exotic and fiscal paradise, what remained only a memory.