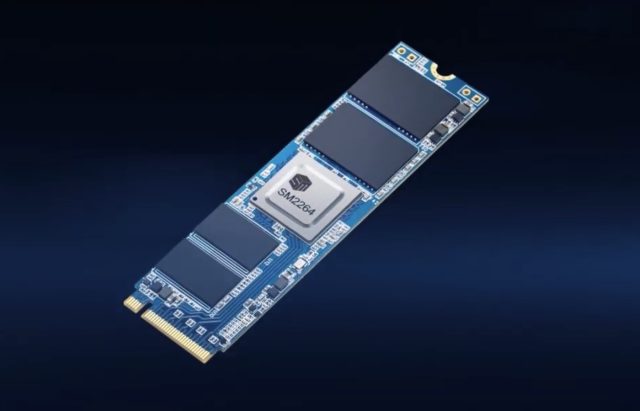 Popularized especially after 2010, SSDs have objectively delivered the most convincing leap in performance you can hope for by replacing a single PC component. In this case, the venerable hard drive.

Although it seemed inevitable, the classic hard drives did not become museum pieces at all, still retaining the advantage of the unbeatable price / storage capacity. Still, buying an HDD is a wise choice for hosting a movie collection, or any files for which quick access is not an essential criterion.

Meanwhile, the SSD market also tends to be divided into two categories with different needs, aiming either to maximize performance or bring costs to a level as close as possible to mechanical HDDs, but keeping as many of the advantages of solid-state storage. Clearly targeting the performance maximization scenario, storage solutions chipset developer Silicon Motion announced in its latest investor bulletin the preparation of a new generation of controllers for SSDs, compatible with the PCIe 5.0 specification set.

Read:  WhatsApp will no longer work on certain iPhone models

Expected in 2024, the future PCIe 5.0 compatible SSDs will deliver, according to the chipset provider, transfer speeds of up to 14GB / s for data reading operations, respectively 12GB / s for writing operations.

The chip in question is Silicon Motion SM2508, the next version of the chip already found on some top SSDs, such as the Samsung 980 Pro, which already reaches speeds of up to 6400 MB / s using the PCIe 4.0 interface.

However, although the chipset manufacturer states record transfer speeds, it remains to be seen to what extent they will be reflected in noticeable increases in performance, felt in the day-to-day use of those PCs. While the upgrade from HDD to SSD brings major and very noticeable improvements in perceived performance, the progress is primarily due to the drastic reduction in file access latencies and less effective transfer speeds. This trend was maintained in the following years, the transition from SSDs with SATA interface to PCIe and then, the multiplication of the bandwidth offered, objectively brought only modest improvements in the perceived performance.