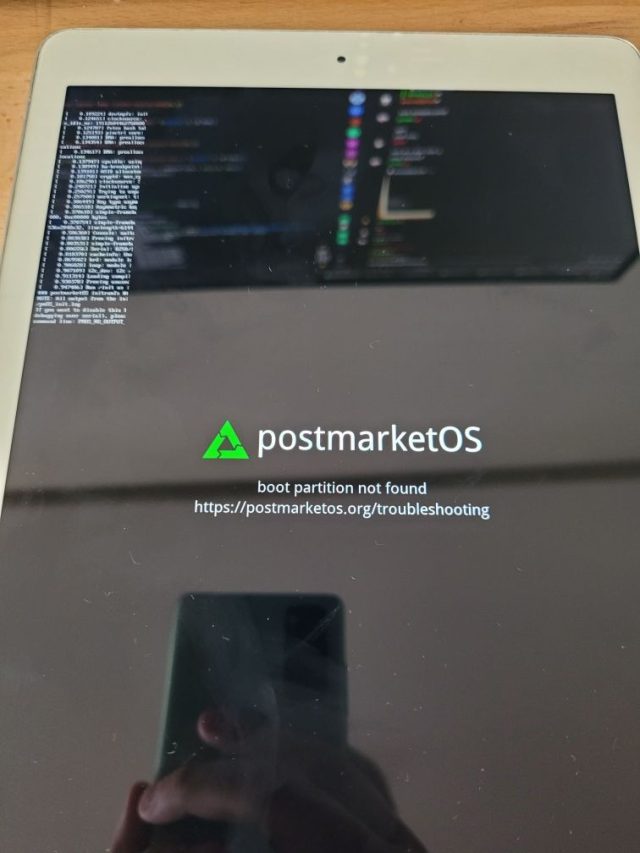 Apple devices enjoy one of the best software support programs on the market, but after 5-6 years, even they remain without software updates. Fortunately, there is now a community of developers who want to give new life to abandoned devices, such as older iPad models. Thus, those who have models from 2013 and 2014, such as iPad Air and iPad Air 2, or their mini models, will soon be able to install Linux on them in the postmarketOS distribution.

postmarketOS is a version of Linux based on the Alpine distribution. This, as the name suggests, is built to allow devices that no longer receive official support from manufacturers to have a “post market” life and can run newer software. Linux does not compare to iOS or iPadOS in terms of compatible applications available in the App Store, but it gives you the freedom to access unlimited hardware and run software originally made for computers.

PostmarketOS compatibility, originally built for Android tablets, was developed by developer Konrad Dybcio and a Linux enthusiast who works online under the pseudonym “quaack723”. They used the checkm8 vulnerability, discovered a few years ago, to access the hardware of iPad models with Apple A7 and A8 processors, and to install the new operating system. It seems that this method could allow running under Linux postmarketOS and for smartphone models such as iPhone 5S, or even replacing the original Apple software on the HomePod smart speaker, which uses the same A8 processor.

I’ve previously seen various projects trying to get Android on the iPhone and even a Linux distribution for ARM processors running on new MacBook models with M1 processors. However, all these projects are in their infancy and will take some time to become fully operational. However, it is gratifying that such projects exist and that there is hope that after Apple gives up updates to these models, there will still be a way to keep them “alive” using open source software.