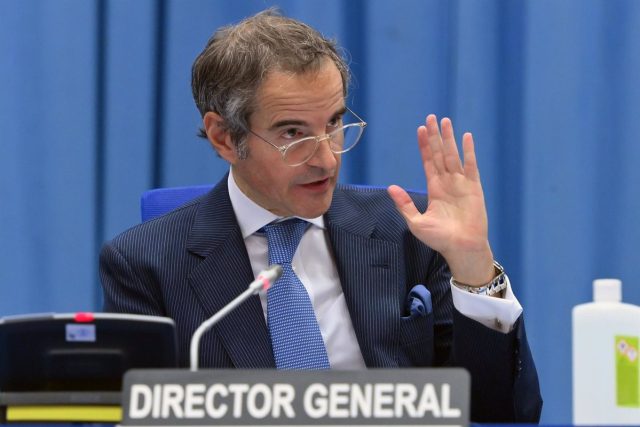 The director general of the International Atomic Energy Agency (IAEA), Rafael Grossi, has expressed concern on Tuesday about the discovery of traces of enriched uranium in places not declared by Iran as sites of activity and has stressed that there may not be a reactivation of the 2015 agreement if there are “such serious doubts about this lack of information”.

Grossi has indicated in an appearance by videoconference before the European Parliament that “the IAEA is also trying to clarify a series of open questions with Iran” that he has described as “a great cause for concern”.

“I mean that in recent months we have been able to identify traces of enriched uranium in places never declared by Iran as places of activity, which worries us a lot,” he said.

Thus, he stressed that this matter has been transferred to the Iranian Foreign Minister, Hosein Amirabdolahian, in the “affable” meetings in Tehran. “If an agreement of the magnitude of the one in 2015 is going to be finalized (to reactivate the pact), it will not be possible if the IAEA has such serious doubts about this lack of information”, he has assessed.

“We remain hopeful that an agreement will be reached and that it will be done reasonably quickly, although we recognize that the window of opportunity could close at any time,” Grossi said.

“I don’t want to convey an alarmist image. We are not between a rock and a hard place, but the situation does not look good. Iran has not been providing the information we ask for,” he said, on a day in which Enrique Mora will travel to Tehran , ‘number two’ of the High Representative for EU Foreign Policy, Josep Borrell.

The Iranian government said on Monday that Mora’s visit is a sign that a deal to revive the 2015 nuclear deal is possible and called on the United States to act to allow it. “If the United States makes a decision today and returns what it has stolen from the Iranians’ pockets, we could reach an agreement after Mora’s trip,” said Iranian Foreign Ministry spokesman Said Khatibzade.

Iran has announced the withdrawal of its commitments on several of the points of the agreement after the United States left the pact unilaterally in 2018, although the Iranian authorities have defended that these steps can be reversed if the United States withdraws the sanctions and returns to the agreement.