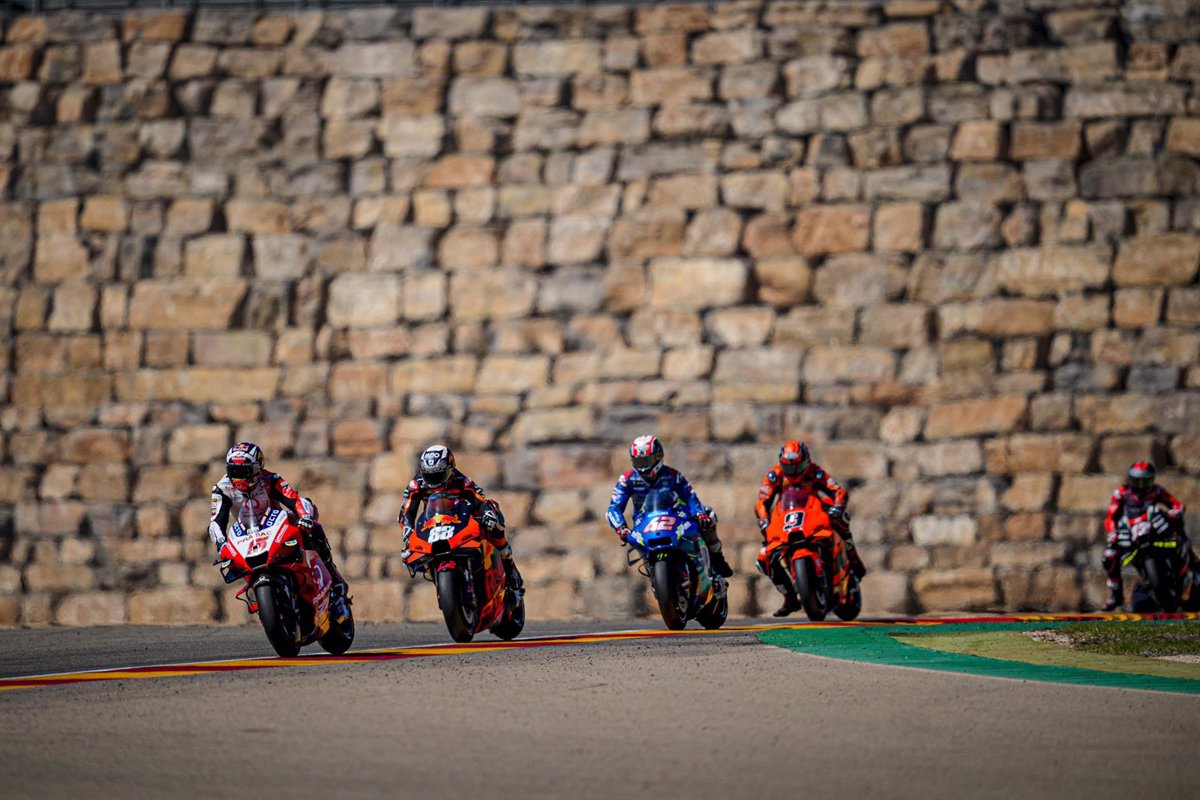 The Motorland Aragón circuit has ensured the presence of MotoGP on the track until 2026, in a renewal of the agreement between Motorland and Dorna that guarantees a minimum of three Aragón Grand Prix in the next five years, although there could be more depending of the calendars.

“The president of Motorland, Arturo Aliaga, and the CEO of Dorna, Carmelo Ezpeleta, ratify the commitment of both parties so that the Alcañiz circuit will host the motorcycling grand prix during 2022-2026,” the circuit announced.

However, from then on it could alternate with other circuits on the peninsula until 2026, the last year of the contract, but always maintaining a minimum of three editions in the period from 2022 to 2026.

For the president of Motorland, Arturo Aliaga, this signing is an “unequivocal” sign of the Aragon Government’s commitment to the Alcañiz circuit. “We cannot forget that it is a circuit that enjoys great international prestige and extensive experience in organizing this type of event. And we must go further”, he pointed out.

In 2022, the track commitments are 8 million euros, which will be increased by 3 percent in the remaining two insured Grands Prix, with an expenditure of 24 million euros committed.

Read:  Alberto Puig: "It's impressive what Marc did, it was easy not to run"

Studies by the Chamber of Commerce show that the impact of holding each grand prize is at least 30 million euros, to which must be added the media impact of advertising on television broadcasts.

The CEO of Dorna, Carmelo Ezpeleta, said he was “delighted” to continue in Aragon. “In the two very difficult years that we have gone through, the presence of Aragón and its help to make the two grand prix of 2020 and the grand prix of 2021, has been very important to be able to move forward”, he highlighted. “We will be in Aragon for as long as Aragon wants. We would like to be in Aragon always,” he added.