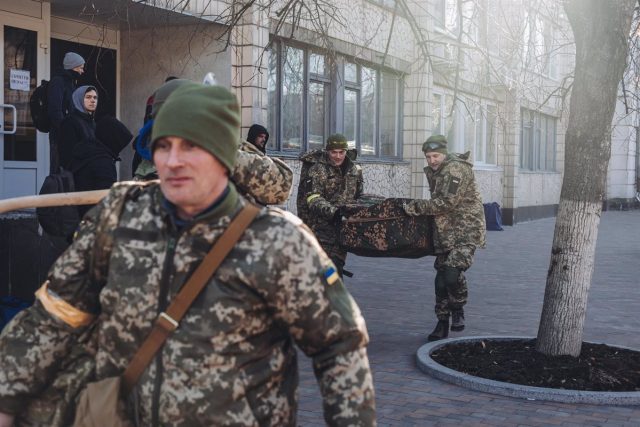 Ukrainian police have identified more than 5,000 Russian servicemen allegedly involved in war crimes in the Kiev region since the start of the Russian invasion of Ukraine in late February.

Kiev police chief Andriy Nebitov said in reports carried by the Ukrinform news agency that officers are trying to identify these Russian soldiers, who “have been involved in what has happened on the territory, violated sovereign borders and committed crimes against Ukrainians,” as he explained.

He has also confirmed that their names and charges are being established while identifying their relatives and places of residence on Russian territory. However, Nebitov warned that many of them have been transferred to other areas of the front line.

“We are working mainly to gather technical information, both we and the Intelligence services (…) We have tried to intercept their calls,” he said before indicating that a transfer of Russian troops from the Kiev region is taking place to reinforce the Kharkov area, where there are captured Russian soldiers.

In this regard, he has expressed that he wishes that “most of them will die there.” “Those who don’t will die in the following days as well, and if they don’t, I hope that the International Criminal Court and the Ukrainian justice will make them pay,” he said.