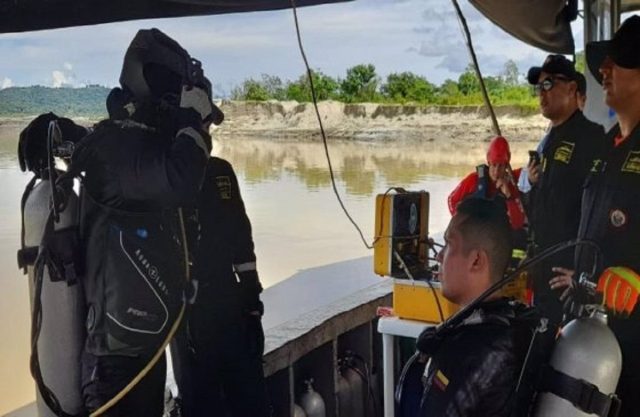 At least seven people have died and eight more are still missing after an explosion occurred last Monday in a coal mine in the town of El Zulia, in the Norte de Santander department, in Colombia.

According to the latest report offered by the Colombian authorities, the first victim, who died on Tuesday, was injured when he entered the mine at the time of the explosion, for which he was not trapped underground, the newspaper ‘El Tiempo’ reported. .

The lifeless bodies of the other three people have been found thanks to the work of an expert group of divers from the Colombian National Navy who, together with the staff of the company, the National Mining Agency (ANM), carry out workshops.

On the other hand, the work to find the other missing persons has been made difficult by the bad weather, as well as the accumulation of gases left by the explosion.

The National Mining Agency (ANM) reported this Friday that the concentrations of methane gas inside the mine have stabilized. However, until the pumping system is activated and enabled, the lifeguards will not enter to carry out search tasks.

For the rescue work, three eight-hour shifts have been established in which more than 70 miners and twelve experts from the mining rescue group participate.

Read:  Russian soldiers' audios surfaced in Ukraine: "Putin is an idiot, he wants to take Kiev but it's not possible".

The relatives of the miners who have yet to be located have decided to continue waiting around the mine, sometimes in uncomfortable conditions, waiting for news about the missing persons, as reported by ‘El Espectador’.