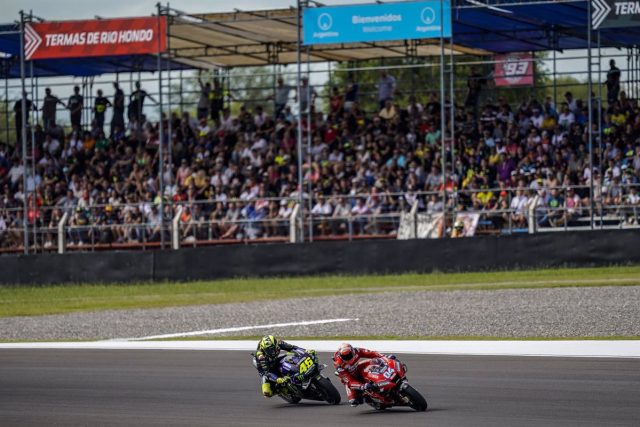 The Argentine Grand Prix, the third round of the Motorcycle World Championship, has postponed the two usual Friday free practice sessions to Saturday morning, due to “logistical problems”.

“The logistical problems that affect the transport of goods for the FIM MotoGP World Championship have forced the schedule of the next Grand Prix of Argentina to be modified. It was planned that five cargo flights would send the paddock material from Lombok (Indonesia) to Tucumán, near Termas de Río Hondo (Argentina) in the week following the Indonesian GP,” says the official World Cup website in a statement on Thursday.

The Termas de Río Hondo circuit returns after two years of absence due to the pandemic, and will have to wait one more day to recover its action. The problems in two different flights mean that part of the shipment of all the categories does not arrive until Friday, so the free will be on Saturday morning.

On Saturday afternoon there will be the qualifying session and the combined times of the free practices that will give direct access to Q2 will be taken from FP1 and FP2 of each category.

Dorna and IRTA would like to thank the teams and paddock staff for their effort and understanding, as well as the promoter of the Argentine Grand Prix for their invaluable support and assistance.