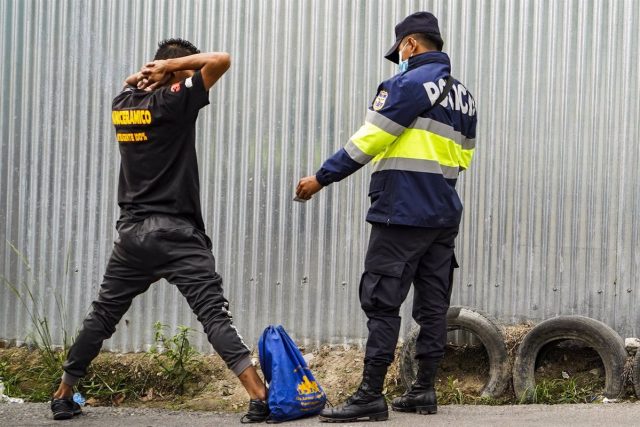 The Parliament of El Salvador has approved this Wednesday a tougher sentence against gang members in the context of the upturn in violence in the country that has led the authorities to impose a state of emergency for 30 days.

“With 63 votes in favor, we reform the Special Law against Acts of Terrorism, in order to more expeditiously prove participation in gangs and increase penalties,” the Salvadoran Assembly has indicated in a message on its official Twitter profile.

In addition to this measure, seven other initiatives are debated in an extraordinary session at the request of the Government that seeks to reform the Penal Code, the increase in prison sentences applied to young people –from 20 to 30 years for gang members–, as well such as drug laws.

Read:  The President of the US Supreme Court confirms that the draft that overthrows the right to abortion is authentic

Specifically, sentences of between 40 and 45 years are contemplated for “creators, organizers, bosses, leaders, financiers or leaders” of gang groups and sentences of between 20 and 30 years for those who promote, help or favor their group, among others. , according to ‘Prensa Gráfica’.

A total of 2,163 “gang members” have been arrested this Tuesday “with less than 72 hours of emergency regime,” Salvadoran President Nayib Bukele confirmed on his official Twitter profile, in which he said that the authorities “will continue” with the so-called “war against the gangs”.

The spokesman for the UN Secretary General, Stéphane Dujarric, highlighted in a brief statement his concern about the wave of violence in the country and expressed “his solidarity with Salvadorans in this difficult situation.” Thus, he pointed out that he “trusts that the measures adopted in response are in accordance with international law and human rights standards.”

Both the Inter-American Commission on Human Rights and the NGO Human Rights Watch (HRW) have warned that the state of exception suspends a series of basic rights, opening the door to abuses.

The Salvadoran Legislative Assembly approved on Sunday the entry into force of the emergency regime throughout the country to combat the wave of homicides, which on Saturday left more than 60 dead. The crime wave has been on the rise since the beginning of the year and the president has promised to stop it in the bud.