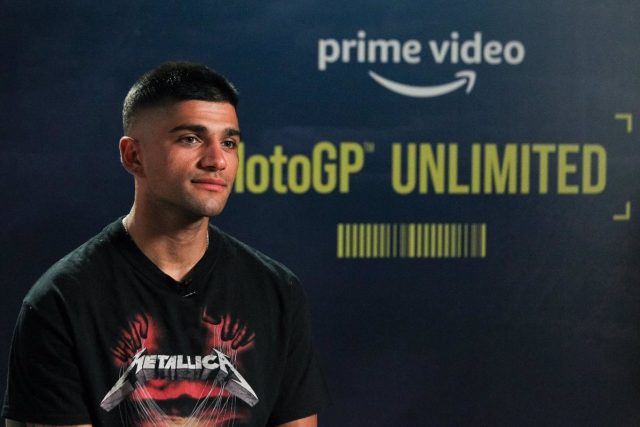 The Spanish MotoGP rider Jorge Martín (Ducati) confesses that his goal in this sport is “to be a benchmark and go down in history as a legend”, although the closest goal, “real and ideal”, is to finish next season in the ‘Top 4’, while acknowledging being “very competitive” and “impulsive”, the latter something that is “improving”.

“I don’t know where my ceiling is, I have a lot of potential, I have to work, but the sky is the limit. The goal is to win world championships, be a benchmark driver and go down in history as a legend,” Martin said in an interview with Europe. Press before the presentation of the Amazon Exclusive docuseries ‘MotoGP Unlimited’.

After finishing the 2021 season as ‘rookie’ of the year, the goal for 2022 is to finish in the ‘Top 4’. “It would be ideal, I have to get into the ‘group’ of the top four. It’s a real goal, I never set surreal goals, in the end it’s fooling yourself,” he explained.

“I don’t feel pressure, I’m a rider who performs better with her, I always give 100 percent, but when I have to win I do much better. I feel more pressure when I have to come back from an injury and I have doubts than when I’m fine and I can fight to win,” said the Pramac Racing driver.

Precisely, Martín talks about his injury caused by a fall at the Portuguese Grand Prix last year that left him with fractures in his hand, his foot, a head injury and polytrauma. “It was my most difficult moment, I even considered giving up motorcycles. It was the worst because at my age it’s not very common to think about it. But I knew how to overcome it and when I had to risk I risked 100 percent, it didn’t end up affecting me much” , he remembered.

Read:  Bagnaia beats Quartararo with a record pole in Jerez

And to come back after that tough injury with more strength, his family was key. “The environment, having the right people by your side, is what makes you get motivated again,” he admits, at the same time highlighting his “mental strength.” “After the injury I was able to come back and win, that shows a lot. It’s a strength that I have and that I hope to always use,” she added.

Thus, he is in favor of having a favorable environment around him. “It depends on the pilot, there are more lonely ones, but you need someone to help you. When I was little, my parents made the right decisions when it came to playing and thanks to that I am where I am. Having a humble environment, that directs you a little when you start to grow is very important so as not to get lost”, explained the man from Madrid.

“I COMPETE EVEN TO GET IN THE ELEVATOR”

“We all have confidence and competitiveness. I am very competitive, I even compete to get into an elevator. I have a lot of confidence in myself and in my potential, I know how far I want to go. When you have clear objectives it is easier to prepare and have that motivation,” said Martín about his way of understanding the sport.

Read:  Giráldez: "We play to bring joy to the fans, we'll be up to the task"

But the young driver from Madrid does not hide that he is “very impulsive”. “I always give 100 percent, but now I’m evolving in that, knowing when to give 100 percent and when to be calmer and know how to manage emotions. I’m improving, I have a lot of room, but I have to keep working on it.” “, the Ducati rider pointed out.

“There are times that I fall for giving more than I should, but I always say that it is better to be a rider who has to be stopped than one who has to be pushed. I have that energy and desire to give everything, it is easier to stop and understand when you have to slow down, and I’m working on it”, settled forcefully.

Finally, Martín assures that in the Amazon docuseries, of which he is one of the protagonists, you will be able to see how he is on a day-to-day basis. “We are already used to the issue of cameras, with the guys from Amazon it has gone very well, they were almost from the team. What I hope will surprise me the most is that I have been more natural, they will know me as I am, which I think is important “, he celebrated.