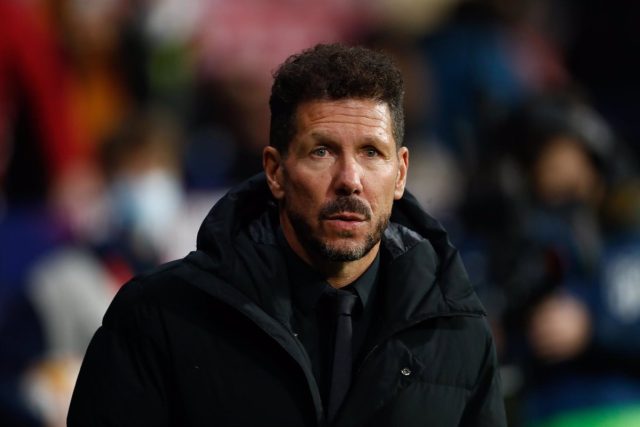 The coach of Atlético de Madrid, Diego Pablo Simeone, was “proud” of the victory achieved this Saturday against Valencia (3-2), with a comeback in added time, and said that they are “those from the second half” in reference to the “push” of the final act.

“Today it’s easy to tell what was seen. In the first half it wasn’t us, we didn’t do anything we wanted to do. They kicked us two shots on goal and scored two goals for us. We didn’t do anything because of us. We got to halftime and We spoke very calmly. We said that there were ways to lose, playing forward and if we scored a goal, the people were going to take us to what happened”, analyzed the ‘Cholo’.

“In any other club, his people would have criticized and would have hurt his team twice as much, but it wasn’t like that,” he said after the 0-2 break. “And from then on you saw what you saw, an Atlético de Madrid match,” he added with satisfaction.

Asked about the changes, especially the substitution of Joao Félix for Felipe, the Argentine coach said he knew that “they didn’t understand much that Felipe came in and Joao left.” “It seems that a defender enters and a striker leaves but we needed Cunha, a man from the area and we also knew that Mario Hermoso has courage on the wing and De Paul who generated play on the right,” he said.

Read:  Marc Márquez: "I have to understand the limits of this bike"

“Our creativity was ignited, we played more and more in the rival field and with two area forwards and people on the sides like Carrasco and Correa who sought to generate what was generated. They had a wonderful second half. Based on the push of the 2- 1 was us. That’s our thing, what happened in the second half,” Simeone said.

Insisted by his success in the substitutions, the mattress coach assured that “the changes are what one feels”. “If we were looking for him with that idea of ​​having a path to enhance with Felipe in defense, I knew we were going to be in the game. We were lucky but what I wanted to convey with those changes happened,” he claimed.

“I think this is going to give us the opportunity to learn. Because two totally opposite facets of what is happening to us were seen. We were able to get out of that situation but with a lot of effort. We beat Rayo, we tied with Villarreal, which is always difficult in their field, and today we won a very tough game that was extremely uphill. We hope that this gives us strength to identify who we are. We are the ones in the second half, for sure”, he pointed out.

In relation to the starting eleven and the improvement in the second half, Simeone was self-critical. “Many times the coach does not put the players he put in the second half all together. When they feel comfortable they do it well as they did. We always stop before a question: what is football? What is playing well? It will be always an internal struggle, we are all right, football is football and you have to interpret the place you are in. If you lose, let it be with pride, “he relativized.

About the final 3-2, the work of Mario Hermoso in the 93rd minute, Simeone said that he felt again “that the place” where he is trained is wonderful. “When you see that you’re leaving, I want to hold on tighter,” concluded ‘Cholo’.