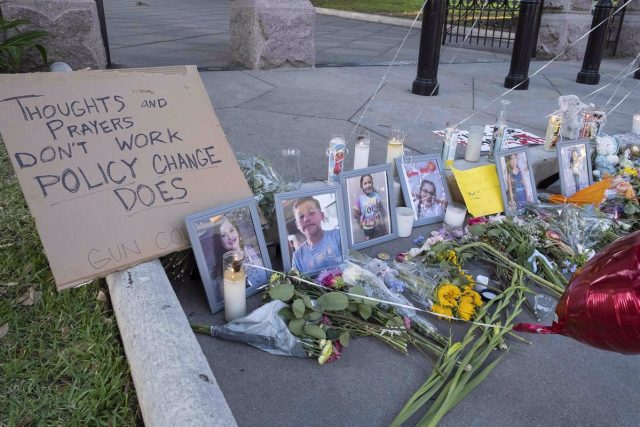 The director of Texas Public Safety, Steven McCraw, has recognized this Friday errors in the police operation to respond to the massacre perpetrated at the Robb elementary school in Uvalde (Texas) and that cost the lives of 19 children between 8 and 10 years old , as well as two teachers.

McGraw has explained that the main mistake was in interpreting that the author of the shots, Salvador Rolando Ramos, had decided to entrench himself instead of, as happened, open fire indiscriminately –approximately “a hundred shots,” according to the Texan official– against schoolchildren in a class.

According to McCraw, the police command believed that “there were no children in danger”, although later, once the rounds of shots were heard, the perception changed radically and it was then considered that “there was no longer anyone alive”.

Thus, the police device in front of the school decided not to enter the center because then they thought that the perpetrator of the crime was trying to “get the attention” of the Police so that they would enter and then commit suicide.

“In hindsight, it is clear that it was not the right decision. It was the wrong decision, period,” acknowledged McCraw, who has pointed to the commander of the operation ‘in situ’ as responsible. The newspaper ‘New York Times’ identifies this commander as the Uvalde Police Chief, Daniel Rodriguez.

McGraw has also confirmed, as it had begun to circulate in the last few hours, that the local police prevented a heavily armed Border Police team from breaking into the school during the first response to the shooting.

Read:  UNICEF asks not to turn our backs on the children of Ukraine, the Horn of Africa, Afghanistan and Yemen

Later, the governor of Texas, Greg Abbott, has acknowledged feeling “deceived” by the authorities and “furious” by the events surrounding the fatal episode at the Uvalde school, according to the FOX network.

“I wrote detailed handwritten notes about what everyone in that room told me in sequential order about what happened (…) As everyone has known, the information I was given turned out to be, in part, inaccurate. I am absolutely furious about that,” Abbott explained.

In this sense, the governor has demanded that the officials in charge of enforcing the law “get to the bottom of each fact with absolute certainty.” The police response to the shooting has come under fire after it emerged that authorities did not confront the suspected gunman sooner.