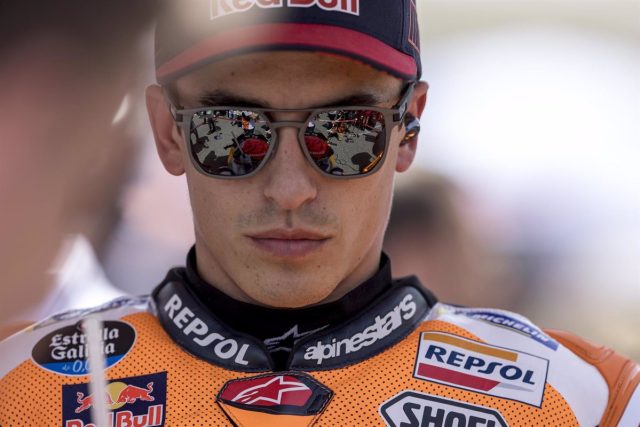 The Spanish MotoGP rider Marc Márquez (Repsol Honda) will undergo surgery on his right shoulder again next week, the fourth in the last four years, and will momentarily stop competing in the Motorcycle World Championship after the Italian Grand Prix, a difficult but necessary decision, since he feels “a lot of pain” and is not “enjoying” the bike.

“I’m going to undergo surgery next week. Since I had the first surgery everything was quite complicated. When I got on the bike I felt limitations; I haven’t thrown in the towel, I followed the medical recommendations. I’m not enjoying myself, I’m feeling a lot of pain I’m pushing too much, my performance isn’t bad, but it’s not what I want,” confirmed the man from Cervera at a press conference.

The injury to the humerus, the result of a fall in Jerez at the beginning of the 2020 MotoGP World Championship, did not evolve as expected from the start and the Catalan rider had to undergo surgery up to three times. In this way, the eighth champion suffers a new mishap this course after the new episode of diplopia, that is, double vision, after his chilling fall during the ‘warm up’ at the Indonesian Grand Prix.

“It was costing me more than normal, the position was not natural on the bike. The risk I take is the same as always, but I saw after Jerez that I couldn’t. There I told the doctors that I couldn’t continue competing. Yesterday they told me ‘come’. We have decided to stop this season. This operation is to follow my evolution. There are many sacrifices, but I am sure there will be a reward,” he said.

In addition, he acknowledged that he was reassured that the doctors recommended surgery and that they did not leave him alone in his hands. “The doctors helped me make that decision because the rotation was bigger than they thought. They were much more scared with the infection operation, the third, which was the one that created the most uncertainty for them. It is a complicated operation, but I am in the best hands,” he said.

Read:  The message 'No to war' can be seen in all the matches of the day in the First and Second Division

The Repsol Honda Team Manager, Alberto Puig, ruled out talking about a possible substitute for Cervera’s and explained that the timing of the operation is “the right one”. “Marc has done everything and more to be what he was before the accident, but it’s not enough. Last year we planned to do a fourth operation, but the surgeon assured that the bone was not hard enough. Yesterday we received a call and saw that the rotation of the right shoulder was beastly,” he stressed.

“The surgery will consist of the extraction of the osteosynthesis material that was already in the shoulder through an osteotomy in the shoulder to gain external mobility in rotation and to give it more stability. We have considered that this was the moment because we want to think about 2023. The situation is difficult, but the first thing is Marc,” he explained.