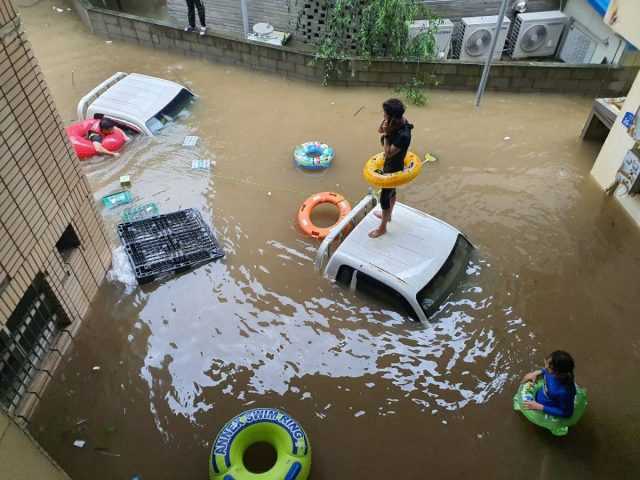 The storm that is battering northern South Korea has raised the death toll to 14, while six people are still unaccounted for, according to the latest report released by South Korean authorities.

The number of people killed in the past 24 hours has risen by two after rescue services found the bodies of two Seoul residents inside a manhole, Yonhap news agency reported.

The floods have so far left eight dead in the capital Seoul, three in the rest of the western province of Gyeonggi, and another two in the eastern province of Gangwon. In addition, six other people are still unaccounted for in the South Korean capital.

Read:  Erdogan insists on meeting Putin and Zelenski in Turkey "in the not too distant future."

Also, more than 6,000 people have had to be displaced or evacuated in the north of the country, including 46 cities, towns and villages, including the South Korean capital. Many of these people live in semi-basement dwellings and have seen their homes flooded by the rain.

In fact, half of the people who have lost their lives in recent days were in this type of housing. In Seoul there are about 200,000 such dwellings, 5 percent of all homes in the capital, the agency reported.