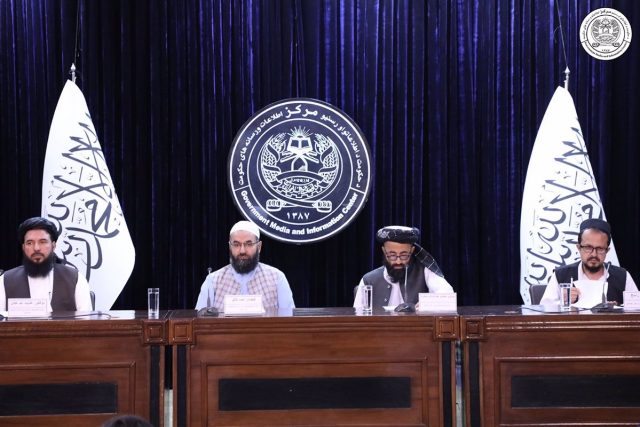 The Ministry of Labor and Social Affairs of the Afghan Taliban government has declared this coming Monday, August 15, a national holiday to commemorate the first anniversary of the seizure of power by the Islamist group.

“August 15 is the first anniversary of the victory of the jihad of the Afghans, led by the Islamic Emirate of Afghanistan, against the occupation of the Americans and their allies,” the ministry said in a statement carried by the pro-Taliban news agency Bajtar News.

This change in the holiday calendar contrasts with the elimination of other holidays linked to religions other than Sunni Islam professed by the group. Thus, the Persian Nouruz or the Shiite Ashura festival have been eliminated.

Taliban militiamen entered Kabul on August 15, 2021 without any opposition after two decades of insurgent struggle against what they considered a puppet government of Washington whose representatives had also fled the country.

Tens of thousands of Afghans then headed to Kabul International Airport to flee the country in the face of the establishment of the Taliban regime and the arbitrary arrests and extrajudicial killings of former public officials.

Islamic State has perpetrated attacks against the new Taliban authorities and also against religious minorities and last July 31 a US drone killed Al Qaeda leader Ayman al Zawahiri, in a bombing in Kabul.

The Taliban condemned the attack as a violation of Afghan sovereignty and assured that they were not aware of the presence of the Al Qaeda leader in the capital.