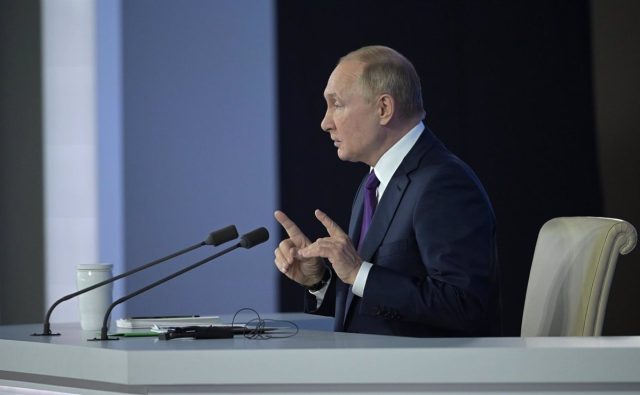 The Russian authorities announced this Wednesday their decision to extend the alert for terrorism in the Belgorod region, located on the border with Ukraine, for another two weeks, within the framework of the conflict unleashed on February 24 by the invasion order given by the Russian President Vladimir Putin.

“The ‘yellow’ level of terrorist alert has been extended for another two weeks. It is valid in the territory of the Belgorod region until June 9”, said the regional governor, Viacheslav Gladkov, through a brief message on his Telegram account.

Previously, Gladkov had assured that “all the houses in Golovchino have been restored”, after the material damage registered in the area during the last weeks due to attacks by the Ukrainian Army.

The measure was applied for the first time on April 11 and has already been extended several times since then. Russia has repeatedly denounced attacks by the Ukrainian Army against Belgorod, located near the border and one of the main points for supplying weapons and troops in the offensive against the European country.

In fact, hours after the announcement of the extension of the terrorist alert, Gladkov has denounced a new attack on Zhuravlevka, the town closest to the border with Ukraine, as a result of which there is a citizen injured by shrapnel.

The regional governor has shown his surprise at the fact that there is an injury, since the residents of Zhuravlevka and the neighboring town Nejotevka were evacuated several weeks ago, according to the Russian news agency Interfax.