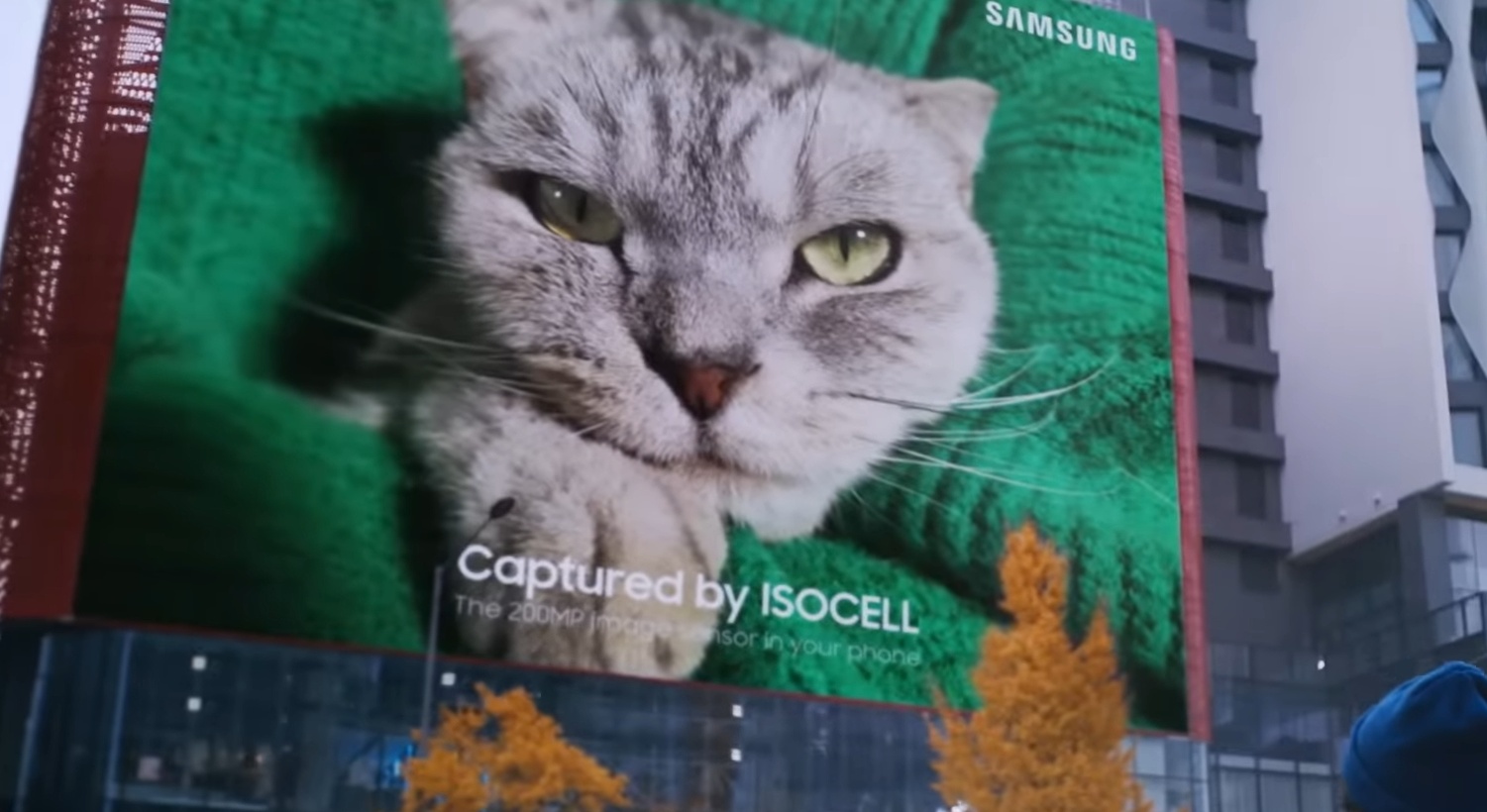 Samsung announced a photo sensor for smartphones with a resolution of 200 megapixels since last year, but so far neither the South Korean company nor its partners have integrated it into a finished product. The second generation of the 200-megapixel ISOCELL sensor has already been unveiled, and Motorola has confirmed that it plans to use one of these sensors on a phone in the near future, but Samsung has decided that a demonstration of the capabilities of this sensor is needed. This is how a new promotional video came out that demonstrates what you can do with photos captured using the new high-resolution sensor.

The 200 megapixel sensor has been announced since 2021

The 200 megapixel sensor was not used in a smartphone, but was connected to a test motherboard and connected to a computer that controlled the shooting parameters. Thus, the values ​​for the exposure time, white balance and focus could be entered manually, after which the photo was taken.

The image that Samsung chose to use for this campaign to promote the capabilities of the ISOCELL HP1 sensor was with a cat, which it then printed on a huge banner, 616 square meters, made of multiple pieces of material of 2 , 3 meters each. This banner was then hung on the facade of a building, proving that a photo taken on a phone sensor has the required resolution and captures the details so that it can be used in professional fields, such as advertising, for advertising. Samsung’s 200-megapixel phone users probably won’t use their phones for more than just posting photos on Instagram, and Samsung’s environment for this commercial is very controlled, with strong lighting and professional equipment. However, even the company’s current sensors, such as the 108-megapixel ones on the “Ultra” models, can already take impressive photos, and the existence of new, more capable sensors suggests an improvement in the capture capabilities of phones in the near future. .

“The biggest advantage of the 200 megapixel image sensor is that it allows users to take a photo that you can zoom in and crop without compromising image quality. The 200-megapixel sensor will soon be the optimal solution for 8K video recording, ”said Kaeul Lee and Minhyuk Lee, representatives of Samsung’s sensor team.

According to information available at the moment, the new ISOCELL HP1 sensor enables ChameleonCell pixel-binning, a technology that allows the grouping of either four pixels or 16 pixels, for results of 50 and 12.5 megapixels, respectively. These processing methods ensure that each final pixel can have a size of 1.28 nm and 2.56 nm, respectively, thus improving the details and light sensitivity for clearer and brighter photos in less than optimal conditions.