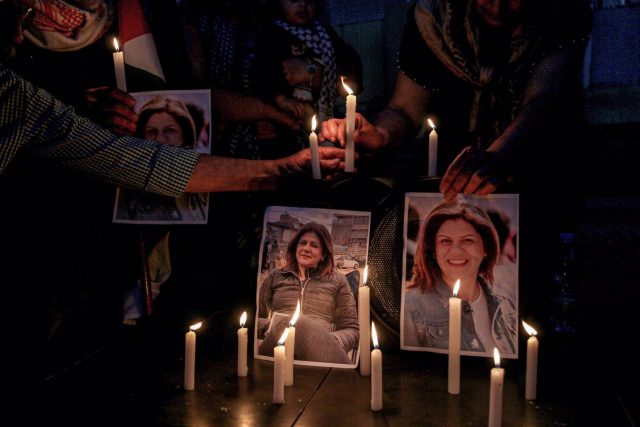 The United States claims to be “ready” to help any party in the investigation into the death of Al Jazeera journalist Shirín abu Aklé, who died Wednesday from a gunshot to the head in the West Bank town of Jenin.

The White House spokeswoman, Jen Psaki, stated at a press conference that, for the moment, neither the Palestinian Authority nor Israel have requested US assistance, and has encouraged the parties to share the results of their investigations “to ensure that all evidence is available and fully evaluated.

“We understand that both Israel and the Palestinian Authority are already conducting investigations into the circumstances of the assassination,” he said, adding that the United States encourages both parties to do so “in a thorough and transparent manner.”

Read:  Germany alarmed by reduction of Nord Stream 1 gas flow to 20% of capacity

In response to the refusal of the Palestinian authorities to launch a joint investigation with Israel into the death of Abu Aklé, the Prime Minister of Israel, Naftali Bennett, has criticized that the Palestinian leadership is hindering Tel Aviv’s efforts to achieve ” the truth” about what happened.

“I expect full, open and transparent cooperation. I also hope that the Palestinian Authority does not take any action aimed at obstructing the investigation or compromising its due process in a way that prevents us from getting to the truth,” he added.

Abu Aklé, 51, was in a refugee camp in Jenin covering clashes between Palestinian protesters and Israeli security forces, who fired on young people and press teams in the area, according to the agency. Maan news.

Different videos showed the journalist wearing a bulletproof vest and wearing a helmet with the word “press” on it. In fact, the journalist Ali Samudi, who was shot in the back, told the ‘Haaretz’ newspaper that both he and another journalist, and also the reporter who died as a result of the shooting, were wearing their identification vests.

The journalist has been mourned this Thursday at a state funeral after being transferred by a procession in the streets of Ramallah that has carried her body wrapped in a Palestinian flag and the press vest she was wearing when she was shot in the head.

The president of the Palestinian Authority, Mahmoud Abbas, has honored Abu Aklé in the presidential compound, where a great procession of the National Guard has also taken place, and has said that Israel is “fully” responsible for the death of the journalist.

Abbas has also said that Palestinian officials will go to the International Criminal Court (ICC) to seek justice. After the wake, the journalist’s burial will take place on Friday in the Old City, as reported by the Al Jazeera chain.