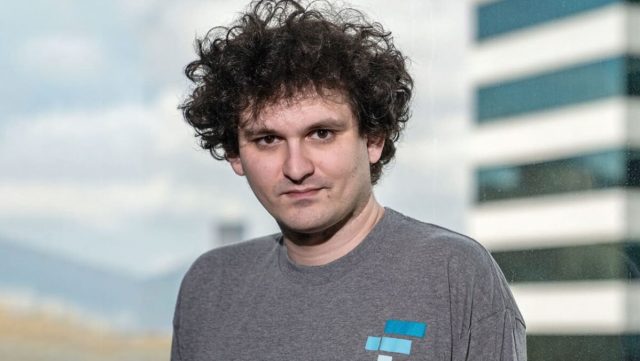 Former FTX CEO Sam Bankman-Fried participated in an interview today with The New York Times as part of the publication’s DealBook Summit.

During the conversation, Bankman-Fried provided NYT interviewer Andrew Ross Sorkin with more insight into the collapse of his crypto-currency exchange.

Bankman-Fried began the interview by explaining that Alameda Research, FTX’s sister company, acted as a margin or derivatives trading platform.

He said that Alameda had about 10% leverage last year, but that market crashes have reduced the value of its assets. Although Alameda’s leverage was “still less than two times a month ago“, said Sam Bankman-Fried, more than $10 million was “erased in a matter of days“, leaving FTX unable to liquidate this position and generate the money owed.

When asked how this affected FTX, and whether the funds were commingled between the two companies, Sam Bankman-Fried insisted that he “did not knowingly commingle the funds“.

Instead, he said he believes Alameda had margin positions with various crypto borrowing and lending companies. After many of those companies collapsed this summer, Alameda transferred those positions to FTX.

Sam Bankman-Fried also admitted to the existence of a “substantial divergence“between the financial audits and the actual situation of the company. He stated that the two companies were ultimately “related to each other much more than I ever wanted to“.

He also added a disclaimer: “I wasn’t running Alameda, I didn’t know exactly what was going on“, noting that he has learned many of these details over the past month.

When asked about the $515 million in funds that disappeared shortly after FTX filed for bankruptcy, Bankman-Fried said he was cut off from the systems at that time and therefore did not have full knowledge of the situation.

Read:  Ethereum plunges over 20% in a crypto-currency market that is totally collapsing!

However, he speculated that some of the funds were seized by FTX’s U.S. team and taken into custody, and that another portion was taken by Bahamian regulators. He added that a third portion was improperly accessed by individuals who are still unknown.

Asked whether the company had been instructed to comply further with regulations, Sam Bankman-Fried admitted that such instructions existed. However, he said that FTX was already spending “a tremendous amount of our energy” on compliance before its collapse and that the central issue was more a matter of risk management.

Residing in the Bahamas

Bankman-Fried also commented on his decision to remain in the Bahamas and whether he thought he would be allowed to leave the country and return to the United States.

“To my knowledge, I could “, said Bankman-Fried. He said he has watched various government hearings and “would not be surprised“if he went to the United States to talk to the representatives.

He added that he is not immediately concerned about criminal liability. “What matters here are the millions of customers…I don’t think what happens with me is the important part of any cela,” said Sam Bankman-Fried.

He commented on his personal relationship with other employees in his network, stating that he knows the staff at Alameda “decently well.“He denied living with these individuals in a shared penthouse in the Bahamas for any significant period of time.

Bankman-Fried also denied recreational drug use among employees. “There were no wild parties here. When we had parties, we played board games” he said, noting that some people drank a small amount of beer.

He insisted that he did not see any illegal drug use at the office or at parties, but said he personally used prescribed drugs for concentration.

Sam Bankman-Fried on his future

Sam Bankman-Fried admitted that his lawyers advised him not to speak to the public. “The classic advice is not to say anything, you know, to retreat into a hole“, he said, while explaining that he feels “the duty to talk to people and … the duty to explain what happened“.

Although Sam Bankman-Fried insisted that he was always honest, he admitted that there were times when he acted “as a representative of FTX“describing the stock market as exciting without fully disclosing the risks.

He concluded that its future is uncertain, but that it aims to be as useful as possible to customers and regulators.

Sam Bankman-Fried added that he now only “almost nothing“in terms of finances, with only one credit card and personal funds amounting to $100,000 in a bank account. He said he had no hidden funds.

Bankman-Fried also suggested at various times that the U.S. branch of FTX was operational. “As far as I know, it is fully solvent and fully funded” he said. “I believe the withdrawals could be opened today“.

Nevertheless, the exchange shows no signs of reopening its services to customers.