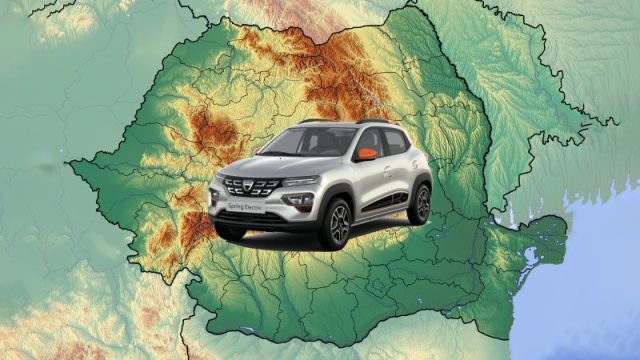 Even if you think that Romanians have a special affinity for petrol and diesel cars, in fact, they are in line with the fast-paced western trend in terms of car purchases. In other words, I am getting more and more into the hands of electric or hybrid cars.

In the first two months of 2022, an important change in trend has already been identified in terms of Romanians’ investments in new cars. The market share of electric and hybrid cars sold in January and February in Romania exceeded 17%.

In the context in which the registrations of new diesel cars were reduced to 15.3% of the market, it is clear that, in Mioritic lands, our compatriots are starting to flirt with green cars, with a low impact on the environment and on the wallet. Not for nothing, but how expensive gasoline and diesel are every day, it should come as no surprise that Romanians are looking for alternatives.

Read:  VIDEO Day Shift, likely the next movie to "break the buzz" in streaming: when you see Jamie Foxx and Snoop Dogg on Netflix

What cars do Romanians buy, which are the most popular

APIA (Association of Romanian Car Manufacturers and Importers) published the latest report on car registrations in January and February 2022. On this occasion, we learn that 3086 electrified cars were sold on the domestic market. We are talking about a combination of 100% electric and hybrid. The value in question represents not less than 17.4% of the market share. Last year, in the same period, only 1669 electrified cars were registered, for a market share of 13.1%.

Beyond the rapidly growing market share, new electric and hybrid cars outnumbered sales of diesel vehicles by 365 units, the latter being purchased in 2,721 units. As a result, compared to last year, the market share of diesel cars decreased from 26.1% in January-February 2021 to 15.3% in the first two months of 2022. The difference is fabulous and betrays a slight trend. to be identified.

Read:  Big problems for Mercedes: why it recalled several models in service

In terms of the most sought after models, Dacia Spring is on the first place, with 315 registered units. Tesla Model 3 is on 2 with 96 units, Hyundai Kona on 3 with 88 units, while Volkswagen ID.3 is on 4 – 65 units, and Volkswagen e-Up! is in fifth place with 54 units. In the plug-in hybrid area, the ranking of registrations in the Mioritic lands is led by Ford Kuga, with 58 units, followed by Hyundai Tucson (47 units), Mercedes-Benz GLE (47 units), Mercedes -Benz GLC (41 units) and Volvo XC60 (32 units). In total, 626 such cars were registered in Romania, up from 224 a year ago.