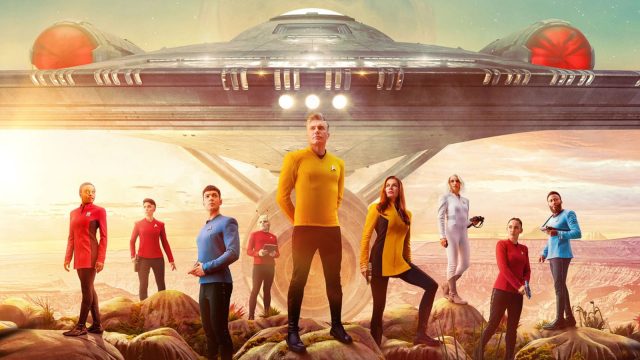 Star Trek: Strange New Worlds is the latest series in the vast franchise that Gene Roddenberry created decades ago.

Being a big fan of the aforementioned franchise, I couldn’t miss this series which, in the end, couldn’t do more harm than the latest Star Trek movies and series did, referring in this case to the recent ones.

Of course, as I mentioned in a previous article, from the category of failures I would remove Star Trek: Picard, the series meant to activate your nostalgia, if you watched Next Generation with pleasure.

Like Picard, Star Trek: Strange New Worlds “walks”, in turn, to the nostalgia of any SF lover, bringing back to life classic characters such as Captain Pike, Nyota Uhura, Spock, but also many others.

Read:  Volkswagen is sounding the alarm: when the semiconductor crisis will end

Of course, you will not see, as in the case of Picard, the same actors playing the famous roles, for a very simple reason: some are no longer alive, and others are too old for that. Instead, you’ll see a Captain Pike played by Anson Mount, but also a Spock “brought back to life” absolutely sensational by the late Gregory Peck’s nephew, Ethan Peck, the latter continuing his role in Discovery, just like Mount.

I must admit that the absolute surprises were the actresses Celia Rose Gooding (Uhura) and Jess Bush (assistant Christine Chapel). The two actresses play their roles so well that you can’t help but smile every time one of them appears in a frame. While the new and nice Uhura shows us her vulnerable side, Bush seems to play Majel Barrett as Chapel.

As for the script, Star Trek: Strange New Worlds manages to revive the “meaningful stories” of yesteryear, the ones that are essentially the heart of Star Trek. A few life lessons, sprinkled with a lot of humor.