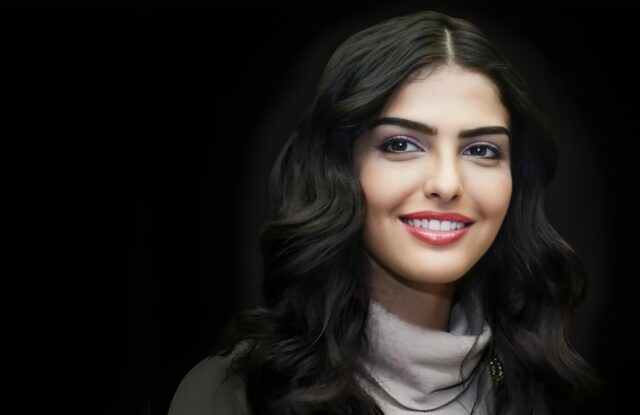 She is a philanthropist as well as a fighter for Arab women’s rights. She assumed the role of Vice President of the Al-Waleed bin Talal Foundation and advocated for women’s rights in Saudi Arabia.

Ameerah studied business administration at the University of New Haven in the United States, but with a passion for writing and journalism, she began working on her school newspaper. She interviewed Prince Al Waleed, 28 years older than her, a dashing, smart and billionaire man who fell in love with her on the spot.

Only the beautiful Saudi beauty wasn’t content with the title of princess and trophy wife. She was on a mission: to change the status of women in the Muslim world. She and her husband founded the Al Waleed Foundation, an international non-profit organisation dedicated to poverty alleviation, disaster relief and women’s rights.

Princess Ameera fought for women’s rights in the Orient

In addition, Ameera did not want to wear the Islamic veil, nor did she want to wear a coat that completely covered her: on the contrary, she showed her face every time she appeared in public. Obviously, conservative members of Saudi Arabia’s royal family did not take kindly to the princess’s actions, and even warned that she would be punished if she did not wear the Islamic veil.

Al-Taweel married Emirati billionaire Khalifa bin Butti Al Muhairi in September 2018 in Paris. They have a son together, Zayed, born in 2019.

She is a businesswoman and philanthropist. She was vice president and secretary general of the Al-Waleed bin Talal foundations. Ameera is currently the founder and CEO of TimeAgency, as well as a board member of Silatech, a Qatari social initiative working to create jobs and expand economic opportunities for young people across the Arab world.

“In a country like mine, women can’t drive or travel alone. They need their husbands’ permission to have a job. Even women with exemplary education don’t have such a right.”said the Saudi princess.

Her approach to reform is one of “evolution, not revolution”. In her speech, she said:

Ameera bint Aidan bin Nayef Al-Taweel Al-Otaibi is president and co-founder of the Tasamy Initiatives Youth Volunteer Center. She has spoken publicly in the US on NBC’s Today, CNN International and NPR, as well as in Time magazine and Foreign Policy Magazine, in support of both women’s rights in Saudi Arabia and the broader issue of women’s overall ability to contribute fully in Saudi society. She was also a speaker at the Clinton Global Initiative in 2011. She has been featured in Newsweek, The Daily Beast and The Huffington Post.

Read:  BAFTA Awards 2022: Dune, the most nominated film. What are the other proposed productions

Thanks to her efforts, in June 2018, women in the Saudi kingdom finally received the right to legally drive a vehicle.