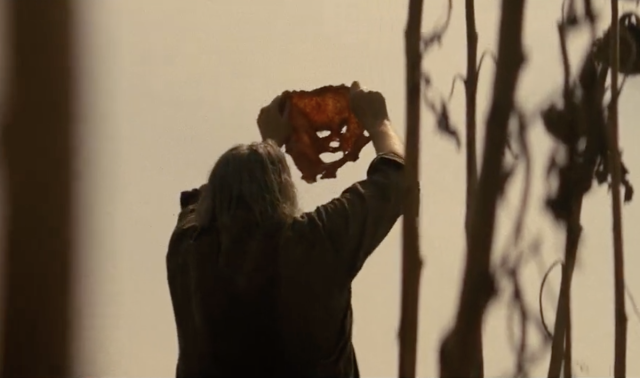 In his day, the original film “Texas Chainsaw Massacre” “broke the mouth of the fair”, precisely because of the extremely harsh elements presented in the staging. Launched for the first time in 1974, the production managed to successfully fall into the category of cult films.

The original “Texas Chain Saw Massacre” Slasher (1974) was directed and produced by Tobe Hooper and Kim Henkel. The cast included Marilyn Burns, Paul A. Partain, Edwin Neal, Jim Siedow and Gunnar Hansen. The film tells the story of several young people who inevitably fall victim to a family of cannibals. Although it was presented as a purely fictional story, it was later suspected that the Leatherface character could be inspired by the famous serial killer, Ed Gein.

Read:  INTERVIEW What it means to be an actor in 2022, not necessarily a star, after a lifetime on stage

Recently released on Netflix, the new “Texas Chain Saw Massacre” is intended to be a continuation of the story of Letherface, the famous murderer who makes his chainsaw victims. If I had higher expectations, obviously I could have said that the 2022 adaptation is nothing more than another stupid movie, a dozen, released by Netflix on its streaming channel. But since my expectations weren’t very high, watching the Texas Chain Saw Massacre turned out to be satisfying, in line with low expectations.

Honestly, I would have liked the screenwriters, at least this time, to put more emphasis on the story and, especially, on how they link the elements together, in the new “Texas Chain Saw Massacre” with the constant impression that, along the way, the producers lost the script sheets and improvised as they knew best.

Read:  What happens to car sales in 2022, in Romania: the warning of the experts

Obviously, if you like “honest” scenes with blood, mats and beheadings, you might enjoy every second of this movie.

As I said before, you’d better not expect a masterpiece. If you manage to do that and you don’t have a stomach problem, “Texas Chain Saw Massacre” could prove to be an “easy” movie, only good to watch on a day when your brain is tired enough. to observe the scenario syncopes.