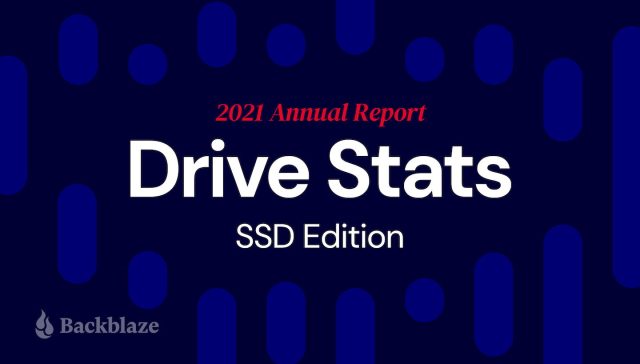 While classic mechanical HDDs continue to be a wise choice for those looking for a storage solution that is as cheap and convenient to use as possible, suitable for archiving tasks that do not require fast or very frequent access to the data put “at kept ”, the ever-decreasing prices of NAND Flash solutions have brought SSDs on the shopping list of cloud storage companies.

Although they are still considerably more expensive in terms of price per GB, SSDs have many advantages over classic HDDs: they take up less space, consume much less power and, very importantly, even for ordinary consumers, they have a very predictable pattern of wear and tear. In other words, the chances of losing important data due to a completely random defect are much lower when using a Solid State device than with a mechanical Hard Disk. Basically, as long as the wear of an SSD is not forced beyond the construction limits clearly defined in the data sheet, the chances of sudden failure are quite small.

For the above theory we can take as a case study the experience of Blackblaze, one of the largest cloud service providers in the world. Launched in Q4-2018, SSDs have gradually replaced batches of damaged hard drives either prematurely or through wear and tear resulting from normal use. Thus, on December 31, 2021, Blackblaze racks already had over 2,200 SSDs, used for the most intensive tasks, which put the classic HDDs out of use. We are talking about caching tasks, temporary files and server-generated logs, characterized primarily by the very large number of read-write operations. Although a short list, the SSDs included in the table above were operated in the most difficult conditions possible, the failure rate stated in the AFR section being probably well above the level that could be achieved in “retail” operation. “, On any PC.

Thus, the CT250MX500SSD1 model delivered by the Crucial brand offers a catastrophic result, but only if we refer to the approximately 5 units used, two of them probably giving way even from the first year of use. Keeping the tradition, Seagate gets a 28.81% failure rate for ZA2000CM10002 series SSDs, measured over three years. With a failure rate of 7.63%, the third place winner is Micron, with 7 failed SSDs in a two-year period. But further, the ranking looks quite promising, only one of the SSDs used exceeding the threshold of 1% failure rate. However, if we narrow the observation horizon to one year, 2021, we again find very large discrepancies between the various models of SSDs, which only shows how immature their technology is still, especially in intensive use. .