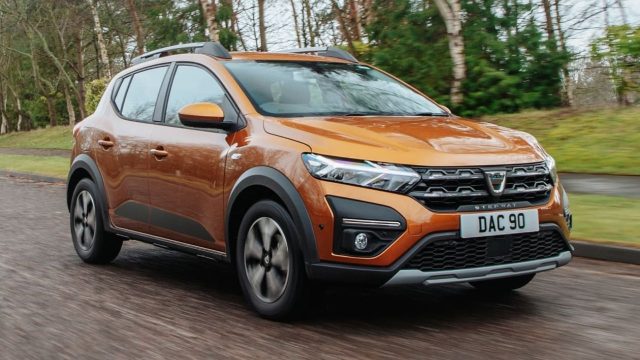 The Renault Nissan Mitsubishi Alliance has presented its development plan for the next eight years.

Luca de Meo, CEO of Renault, stated that Dacia will be the last brand of the Renault group to become electric, but not later than 2035, which will become the limit allowed by EU legislation for switching to zero-emission propulsion.

However, the next generation of the Dacia Sandero model also took place during the presentation.

The only model that was not presented is that of Dacia, which appears in the company’s plans and which will represent the replacement of the current generation Sandero. It appears on the presentation with a production date of 2026, according to the plan, and released a year later, thus bringing the electric propulsion closer to the public. It is expected that the price of electric cars will drop significantly at that time, due to the massive increase in volumes.

Read:  Dacia's surprising move, confirmed: when the first hybrid from Mioveni is ready

However, Dacia could use a new name for the future car to mark the transition to electric propulsion.

What’s next for Dacia

For these reasons, taking into account the fact that the current generation of Sandero / Logan ends its life cycle in 2028, by that time Dacia must already launch the generation that will become electric. In addition, the emission limits that will come into force in the meantime (Euro 7 in 2025), when any non-hybrid or electric motor will no longer be able to comply with the law.

Until then, Dacia still plans to launch the new Duster (2024), which thus passes on the CMF-B platform, followed by the first generation of Bigster (2025), the first compact car of the Dacia brand.

For Renault, the two models have already been announced: Renault 5 and Renault 4, which will be launched successively, in 2024 and 2025, and for Alpine a new electric model was previously announced. Also presented at the January 27 presentation was the Nissan version developed on this platform, a successor to the all-electric Micra.