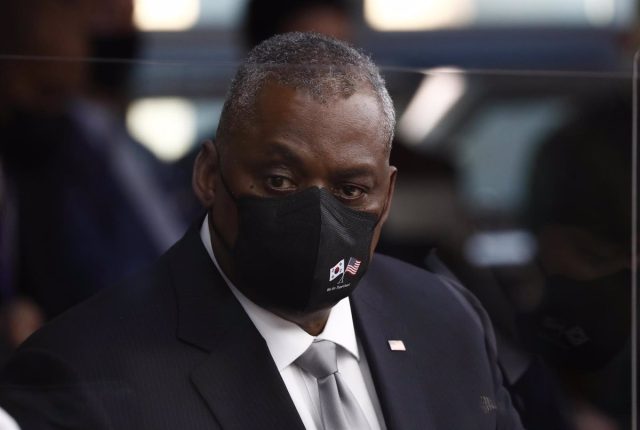 The Secretary of Defense of the United States, Lloyd Austin, has transferred to Russia this Friday Washington’s intention to avoid a conflict and has offered it “a way out of the crisis” that involves withdrawing its own troops from the border with Ukraine.

“There is no reason for this situation to become a conflict,” Austin said at a press conference held at the Pentagon, from where he assured that Russian President Vladimir Putin has de-escalation in his hands. “He can order his troops to stand down. He can choose dialogue and diplomacy,” he has said.

Austin has criticized that Moscow has been deploying its own troops across its own territory for months at “a constant rate” and although Washington says they believe that Putin will not make the decision to use all these forces against Ukraine, “now he will He has that ability.”

In this sense, Austin has stressed that the conflict is avoidable and that there is still time to exhaust all diplomatic channels. However, the United States remains “on a par” with its NATO allies, so whatever Putin decides, Washington will support its allies, reports The Hill newspaper.

For his part, the head of the Joint Chiefs of Staff of the United States, Mark Milley, has made it known that there are no plans to send troops to Ukraine, despite the fact that this week it was confirmed from Washington that some 8,500 soldiers had been arranged in “high alert” for a possible deployment in the area.

Read:  UN experts accuse Central African militias of sowing a wave of terror in the country

“We haven’t deployed anyone yet. We’re just increasing our readiness levels… We have no intention of deploying forces to attack Russia and I don’t think that’s NATO’s intention at all,” Milley said. who has urged Moscow to bet on dialogue and diplomacy.

However, Pentagon spokesman John Kirby has also pointed out that US troops stationed in Europe could reinforce the eastern flank if NATO deems it appropriate.

Tensions between Ukraine and Russia have skyrocketed in recent times due to the deployment of a large number of troops on the border, however, from Kiev, the president of Ukraine, Volodimir Zelenski, has assured that such an escalation is not perceived and they have asked the United States not to incite “panic”.