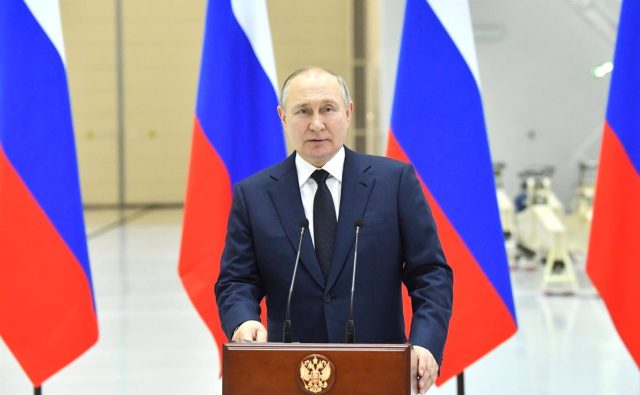 Russian President Vladimir Putin congratulated the Ukrainian people on Sunday on the anniversary of the victory against Nazi Germany celebrated in the countries of the former Soviet Union, including Russia and Ukraine.

“The Russian leader has highlighted in his congratulatory telegrams to the heads of state of the Donetsk and Lugansk People’s Republics that today our soldiers, just as their ancestors did, are fighting shoulder to shoulder for the liberation of their homeland from Nazi filth and has expressed its confidence that victory will be ours as it was in 1945,” the Russian Presidency said in a statement.

Putin stressed that “on this day we pay tribute to the soldiers and workers on the home front who crushed Nazism despite the innumerable cost in lives and hardship.”

In particular, he cites the veterans of the Great Patriotic War –the name used to designate the Second World War in Russia– and the citizens of Ukraine in general and refers to the “revenge of the ideological heirs of those who were defeated in the Great Patriotic War” and thus repeats the argument of the offensive to “denatify” Ukraine.

“Today it is our common obligation to prevent the rebirth of Nazism, which brought so much suffering to the peoples of so many countries,” Putin stressed.