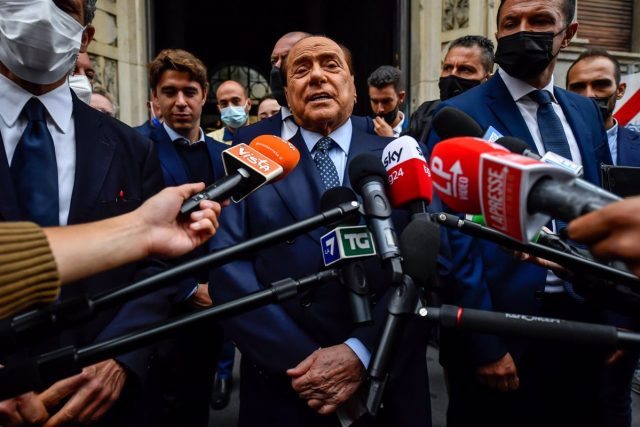 The singer Cristina Ravot has affirmed this Wednesday that Silvio Berlusconi paid her a flat of 1.7 million euros in the center of Rome, as part of his statement in the framework of the ‘Ruby’ case, in which the former Italian prime minister is accused of corruption and manipulation of witnesses for the ‘bunga bunga’ parties, in which minors would have participated.

“He did it because he always helped those around him to buy a house because according to him, the house is fundamental. He told us that as a child he had suffered precisely because of problems with the house and that is why he wanted to see people calm”, Ravot has recounted in court.

The woman has confirmed that she has been one of many who have participated in the controversial evenings — “very elegant dinners”, according to her — that Berlusconi used to celebrate in some of his villas. “He loved me as a beautiful woman, there may have been an approach, he likes to make everyone fall in love, women and men, I loved him very much,” she said during the trial, reports the newspaper ‘La Repubblica’.

Ravot has said that this gesture occurred as a result of her image appearing in the newspapers as Berlusconi’s “new girlfriend”, linking her “improperly” to the ‘Ruby’ case, which caused her to lose a television contract and be forced to to sell the apartment, whose expenses the former prime minister finally took over.

Since 2011 and for years, Berlusconi has been depositing 2,500 euros per month in his account to cover all these expenses, as well as those that the witness had with the Italian Tax Agency. Before 2008, he says, he received two payments of 50,000 euros “as reimbursement for the expenses of the evening” in which he participated.

“He always called me because he liked to see a beautiful girl sing, but then he constantly worried and told me that he wanted to do something for me. I told him no, then he convinced me that he would give me the house,” he testified.

Another of the witnesses who testified this Wednesday was the Venezuelan showgirl and former television show contestant Carolina Marconi, who has assured that Berlusconi has always behaved like “a father.”

Read:  Zaporiyia nuclear power plant is again disconnected from the power grid due to shelling

“I met him in 2008 at a wedding, he helped me when I separated from my husband. He paid me the lawyers who have been with me for ten years,” as well as to cover some debts for a property. “He had eyes for everyone”, this woman, who is also placed at one of these “elegant dinners”, has recounted as a witness.

It is the first time that both women testify for this trial, whose session this Wednesday has not presented ten other witnesses who were scheduled to attend. The next hearing is set for March 2, where the technical advisers for the defense of the leader of Forza Italia will appear.

The ‘Ruby’ case is named after the alias used by the dancer Karima El Mahroug, who according to the Prosecutor’s Office was 17 years old when she attended these parties. The process has given rise to three parallel trials, in the first Berlusconi was accused, although finally acquitted, of extortion and child prostitution; the second is related to a series of personalities who would have hired the girls; and the latter for false testimony and bribery of witnesses.