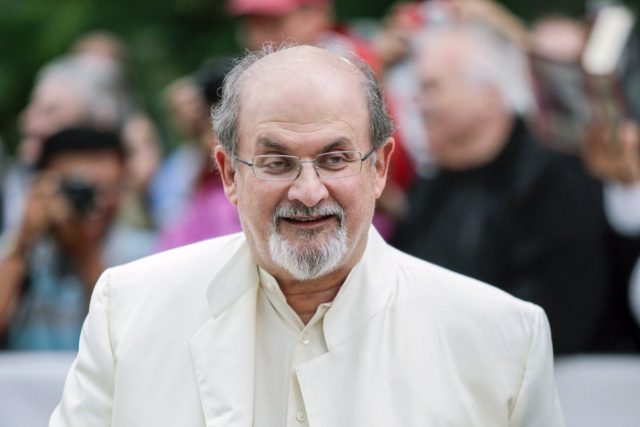 Pending a firm official statement from the Iranian government, the press linked to the authorities of the Islamic republic has applauded the assassination attempt against the British writer of Indian origin Salman Rushdie during an event in the state of New York, which has left the former Booker Prize winner, persecuted for years by an edict of the late Ayatollah Khomeini, hospitalized in a very serious condition.

Rushdie, 75, is now intubated in a Pennsylvania hospital and is in serious danger of losing an eye after being stabbed by the assailant, identified as Hadi Matar, 24, a resident of Fairview, New Jersey. Initial police investigations, reported by NBC News, reveal that Matar sympathized on social media with the Iranian Revolutionary Guard as well as Shiite extremism, but have not confirmed direct ties to Tehran.

In the absence of official reaction, the ultra-conservative daily Kayhan, whose editors are directly appointed by the country’s current supreme leader, Ayatollah Ali Khamenei, have declared Matar as a “brave man conscious of his duty,” before applauding him for attacking “the apostate and depraved Salman Rushdie.”

“Let us kiss the hands of the one who tore the neck of the enemy of God with a knife,” the daily added in reference to one of the wounds inflicted on the writer, persecuted since the edict proclaimed by Khomeini in 1989 after the publication of his book ‘The Satanic Verses’, considered by the Iranian authorities as an affront to Islam.

Another conservative media outlet, the Eghtesad Salem portal, considers that the attack against Rushdie, which occurred more than 30 years after the ‘fatwa’, sends a message to the United States and its government officials, “that they will have to fear”, no matter how long “Iran’s revenge” after the death of Iranian general Qasem Soleimani in a US attack in Iraq in January 2020.

Media outlets such as the reformist Etemad have limited themselves to reporting the stabbing against Rushdie without offering opinions on the matter.

So far, the only Iranian official to comment on the matter has been the advisor to the negotiating team on the Iranian nuclear deal, Mohamed Marandi, who has declared his indifference about Rushdie’s health.

“I will not cry for a writer who spews endless hatred and contempt for Muslims and Islam,” he has made known on his Twitter account in which he has even wondered about a possible link between the attack and the proximity of an agreement with Iran at the Vienna nuclear talks.

In recent years, some of the more moderate Iranian authorities have been disassociating themselves from Khomeini’s ‘fatwa’ but the country’s clerical establishment has never gone so far as to let the writer off the hook.

In 1998, the government of Iran’s then reformist President Mohamed Khatami assured the UK that Iran would not implement the edict, but Ayatollah Ali Khamenei declared in 2005 that the writer remains an apostate whose murder is authorized by Islam.