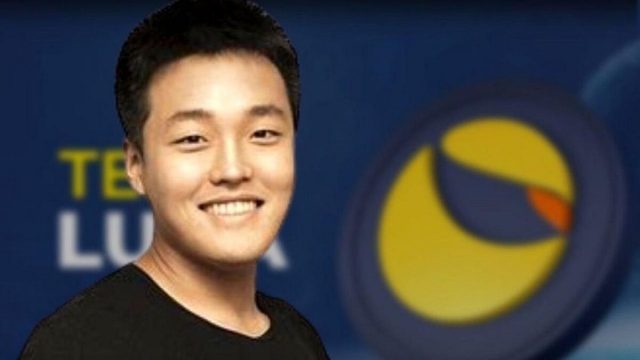 Kwon insisted that he was not “on the run” on Twitter on Saturday. Authorities suggested otherwise.

Questions about the whereabouts of Terraform Labs’ CEO surfaced over the weekend after authorities in Singapore issued a statement saying he was not in the country as Reuters reported on Saturday.

Dear CT – I will tell you what i am doing and where i am if:

Otherwise you have no business knowing my gps coordinates

Do Kwon expressed himself on Twitter to dismiss the allegations. “I’m not on the run” or anything similar – for any government agency that has shown an interest in communicating, we are in full cooperation and have nothing to hide“, he wrote, adding that Terraform Labs had stood by “an extremely high integrity bar” while facing legal action in multiple jurisdictions.

According to South Korean media outlet Yonhap the prosecution concluded that “it is clear that he escaped“. The article also states that Kwon dissolved the Korean entity of Terraform Labs in April, before Terra collapsed with a $40 billion loss, and then left for Singapore, which Kwon said was purely coincidental when he was interviewed after Terra’s implosion.

This weekend’s developments come after a Seoul court issued arrest warrants for Do Kwon and five of his associates earlier this week. The warrants alleged that the group had violated Korea’s capital markets law. After the update, it emerged that the South Korean foreign ministry was seeking to revoke the passports of Kwon and four of his associates.

Should Do Kwon be imprisoned?

Kwon’s possible arrest has been a hot topic of debate in crypto circles since Terra’s failure in May, to the point that a token called “JailKwon” was launched earlier this month. Many in the crypto community are wondering how Kwon has escaped arrest so far, but opinions are divided on whether he broke the law while overseeing Terra. Kwon and Terraform Labs are currently under investigation by Korean regulators and the U.S. Securities and Exchange Commission, and are also facing multiple class-action lawsuits.

In addition to Terra’s implosion, the opaque nature of Terraform Labs’ and Luna Foundation Guard’s operations has come under scrutiny in the community, particularly after more than $1 billion in bitcoins disappeared from LFG’s reserves during UST’s collapse. LFG claimed to have spent these funds in an attempt to preserve UST’s parity, but never produced any evidence.

Read:  Goldman Sachs forecasts a "significant" drop in US inflation in 2023

Although it is up to the authorities to decide whether Kwon should be imprisoned, even though he has stated that he is not in hiding, it is clear that the authorities are eager to talk to him. Although Kwon has not been charged with any crime, he has become something of a villain in the crypto community because of his conduct in the run-up to Terra’s failure. Do Kwon has become notorious for his rather dismissive stances on Twitter, regularly describing others as “poor” and making thinly veiled attempts to support LUNA through its and Terra’s official accounts. Terra’s attempts to market UST as a “stablecoin” have also sparked a debate about whether Kwon and his company intentionally misled investors. After Terra’s failure, Kwon was criticized for launching a Terra revival plan under the name Terra 2.0, cloning the blockchain without its flawed stablecoin. Terra 2.0’s LUNA was hit this week by the announcement of the arrest warrant, as was LUNC.

Does Do Kwon deserve to be imprisoned? Perhaps, but that may not be the only question. Was he clearly unethical before the collapse of Terra? Absolutely – and for that, many crypto-currency enthusiasts will no doubt agree, it seems Kwon finally got his just due.