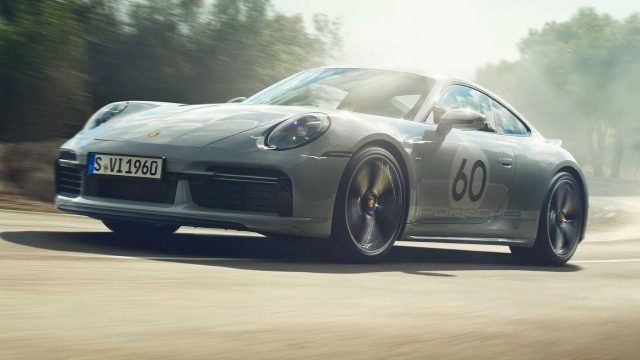 Porsche introduces a limited production version of the 911 ‘ducktail’.

Unlike the 911 Turbo, the Sport Classic is only available with a seven-speed manual transmission that powers the rear wheels.

The 911 Sport Classic features unique design elements, including the large carbon fiber-reinforced plastic spoiler on the back and a fixed spoiler lip and LED matrix headlights on the front.

Porsche has also eliminated large air intakes, giving the rear fenders a wider look. Instead, the ducts under the duck tail spoiler channel air to the engine.

The 911 Sport Classic is the second of four collectibles in the Porsche Heritage Design strategy. The first was the 911 Targa 4S Heritage Design Edition with design elements from the 1950s and 1960s, launched in 2020.

Porsche has announced that it plans to launch two more models that will complete the Heritage Design collection.

“Heritage Design models are the most emotional concepts in Porsche’s product strategy,” Alexander Fabig, head of the company’s individualization and classic department, said in a statement.

Read:  FIFA launches its own streaming service: what you can see on FIFA +

The goal is to reinterpret the iconic 911 models and equipment from the 1950s to the 1980s and revive the design features of those decades, he said.

However, it is unknown at this time what he will do after leaving the post.

The 911 Sport Classic will start at 272,714 euros in Europe. Delivery will be available from European Porsche Centers in July and additional markets will follow.