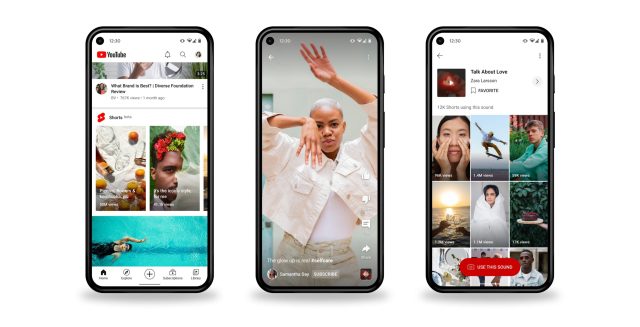 YouTube has announced that testing of ads will begin in the Shorts section. It launched in 2020 in response to TikTok, providing a vertical stream of short, vertical clips that encourage mobile viewing. However, they were not monetized by the company, as it was considered a beta function, in an experimental stage. It seems that the degree of use has increased enough to generate revenue for the company, but also for content creators.

Read:  OIREP Ambalaje Association, in partnership with the Ministry of Environment, Waters and Forests, launches the national campaign 'Two Two

“We are experiencing a small increase in revenue as the use of Shorts is increasing by a percentage of the total time spent on YouTube. We’re testing Shorts monetization, and advertiser feedback and results are encouraging. “said Ruth Porat, CFO Alphabet.

It seems that usage has increased to 30 billion views per day on this section, a fourfold increase over the same period last year. However, YouTube did not exceed analysts’ estimated revenue of “only” $ 6.86 billion in the first quarter of 2022.

Shorts ads will come in the form of ads for installing apps from the App Store and Google Play, or other types of promotions. “Brand-look” shorts are considered, the possibility to buy products directly from a short or the integration of Super Chats, the function through which you can send money directly to the creator (of which YouTube takes part).

Read:  Netflix has officially launched Basic with Ads. What are its limitations

Last year, YouTube announced a $ 100 million fund it would use to pay for the most popular Shorts creators. The plan was for everyone to receive up to $ 10,000 a month, depending on the performance of the videos in this format. However, that was only a temporary solution, which most likely will not be extended after the end of the funds.