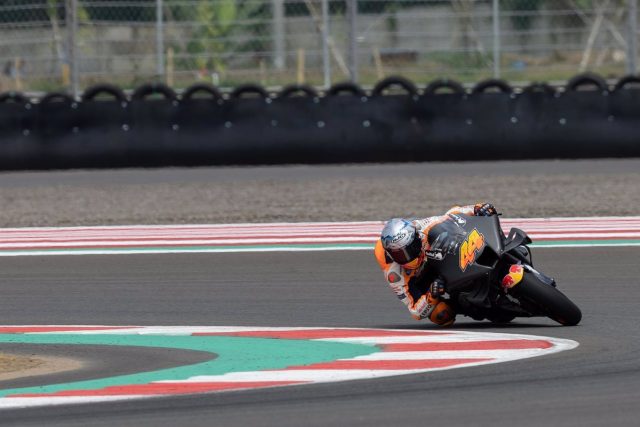 The Spanish rider Pol Espargaró (Repsol Honda) has led the third and last day of testing at the Mandalika circuit, an appointment with which the MotoGP preseason ends and from which the gaze is already diverted towards the Qatar Grand Prix, where the Motorcycle World Championship will begin on March 6.

The one from Granollers signed a time of 1:31:060 on the new Indonesian track that earned him the fastest time on Sunday ahead of the world champion, the Frenchman Fabio Quartararo (Yamaha), and the Italian Luca Marini (Ducati) , which was the fastest on Saturday. The 21 participating drivers were separated by only eight tenths.

Thus, Repsol Honda finished the test with confidence, after its RC213V had offered good performance during the three days. Marc Márquez, second on Saturday, was ninth this Sunday, four tenths behind his teammate Espargaró. Also riding a motorcycle from the Japanese brand, Àlex Márquez finished fourteenth.

Read:  Sergio González: "This victory has to be gasoline for us"

At Yamaha, the lack of engine improvements and top speed are still areas for improvement. Even so, in addition to the second place of ‘El Diablo’, the Italian Franco Morbidelli was fifth, but Andrea Dovizioso did not go beyond nineteenth place and Darryn Binder, twenty-second.

For its part, Aprilia concludes the test with good feelings with the RS-GP. Aleix Espargaró and Maverick Viñales continued their good work from Sepang to Indonesia to finish fourth and eighth, respectively, on the final day.

Read:  Alberto Puig: "Pol Espargaró's podium is confirmation that he can be constantly ahead"

In Suzuki, the Spanish Àlex Rins was seventh and the world champion of the premier class in 2020, Joan Mir, felt unwell in the morning and returned to the hotel with possible food poisoning; in the combined, he finished twelfth.

Lastly, South African Brad Binder finished as the best KTM rider, eleventh; the Portuguese Miguel Oliveira closed the ‘Top 15’ and the Spanish Raúl Fernández barely rolled on Sunday due to the consequences of the fall suffered on Saturday and said goodbye to Indonesia in twenty-second position.