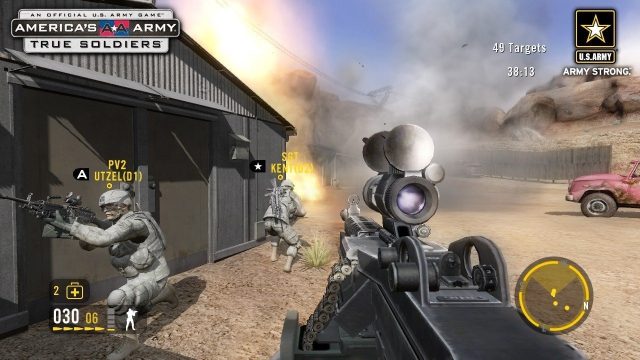 America’s Army, the US government’s free game for recruiting young people into the military, closes on May 5th. It was launched 20 years ago and has helped to improve the image of the US military among young people. It has also shown over time that video games can be good recruiting tools in many areas. While the recruitment efficiency of this video game has decreased, the US military has grown as much as possible in the field of video games.

America’s Army was originally scheduled to run for 7 years, but turns 20 in 2022

One of the reasons why America’s Army continued to exist for 20 years was that it received an initial budget of $ 7 million from the government, which allowed the hiring of a team with experience in game development. The game was also based on Unreal Engine, a powerful graphics engine at the time, which allowed for high graphics fidelity. The game has received many updates and new versions over time that have kept the graphics and realism up to date with the new trends in the field of video games. Of course, the fact that it is a free game also contributed to the success of this project.

Read:  Netflix will introduce ads and limit "account sharing" from 2022

Originally developed as a 7-year project, the game has received annual support from the government, with an annual budget of $ 3 million to support its development and promotion. According to a 2008 study, 30% of Americans between the ages of 16 and 24 had improved their impression of the U.S. military through this video game. The game also contributed to more enrollment during that time than any other method of promoting recruitment.

The US military currently owns a Twitch channel with 23,000 followers, as well as an eSports team participating in various competitions.

Read:  Oppo Pad is the first tablet of the Chinese brand, with iPad design and affordable price