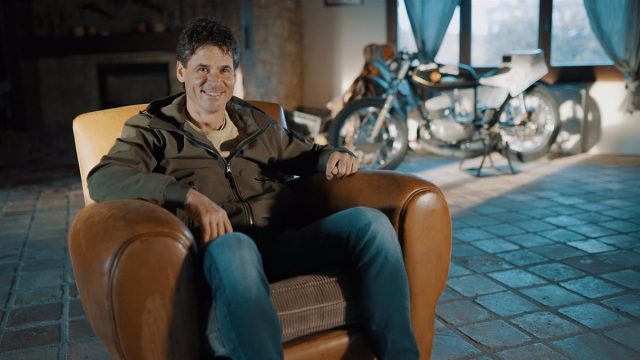 The ex-pilot and world champion Álex Crivillé considers that Marc Márquez faces in this 2022 the “challenge” of adapting to the new Honda and putting an end to his injuries and impediments, while he believes that it will be an open and competitive World Cup with options for victory for many riders and brands.

“Marc Márquez is better and is ready to fight to win races. He is not one hundred percent, as he himself says, because he is still carrying the arm injury. Now he has the challenge of adapting to the new Honda, which is completely different. It had a specific style and now Honda has opted for a totally different prototype. It will be ready to fight to win,” he said in statements provided to Europa Press.

As for the current champion, the Frenchman Fabio Quartararo (Yamaha), said that he must go to revalidate the title. “The weak point of the Yamaha is the top speed, in which it has not yet improved. That is where Fabio is complaining and rightly so, but the Yamaha has other positive points such as cornering, traction, agility and rapport. Quartararo is going to have a great season and is going to fight for the title again”, he predicted.

“I think it’s going to be one of the most even seasons in history. It’s going to be a long season because there will be 21 races, so I think there will be drivers who take the calculator and have patience because not everything ends in the first dates” , said Crivillé, the first Spanish 500cc champion, now MotoGP.

In this sense, he believed that the ‘real’ championship is going to start in Europe “as usual”, and more specifically in Jerez. “From there, there will be many races ahead. The drivers who are going to fight for the title know that it is a very long season, that they have to score points in all of them and start attacking the European circuits,” he said.

“Many brands have gone fast. Aprilia has been very fast in the ‘time attack’, Suzuki has also done some very fast laps with Álex Rins. Honda has made a radical change, with a totally new bike, which looks more like to the Ducati. I think that Yamaha has changed little, but it is still a very effective bike”, he compared and detailed about the new bikes.

On the other hand, he believes that Pedro Acosta will be among the best in Moto2 after winning the Moto3 title in 2021. “Acosta is going to be among the best from the start and ready to win races. He has already shown it in the preseason, setting record times, and now there are suitable circuits for him like Qatar, which he quite likes. It won’t take long to win races,” he predicted.