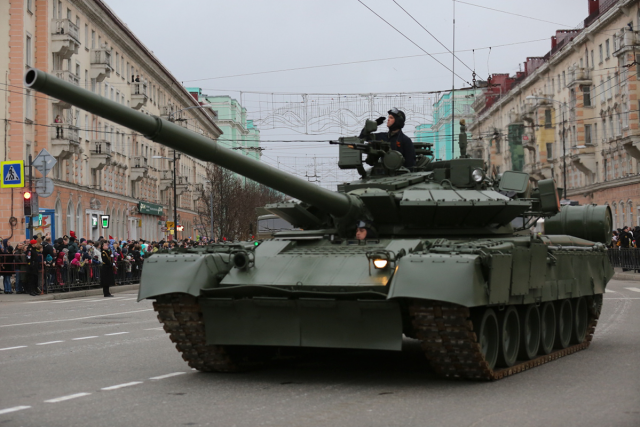 The war in Ukraine has shown that Putin’s Russia is nowhere near the second most powerful army in the world, as many people thought. In fact, some joke that it’s not even the best in Ukraine. Putin’s authoritarian-ruled country does not use Su-57 radar-stealth aircraft in Ukraine because it has too few of them, and many of them are prototypes that entered active service anyway. In a similar situation is the T-14 Armata tank, which Russia has displayed at every military parade in recent years.

New discoveries and footage taken recently at the front or behind the scenes show the shortcomings facing Vladimir Putin’s troops.

Recently, Ukrainian soldiers captured a “modernized” tank. Instead of reactive explosive armor, the military vehicle, a T-80BVM model, has rubber-filled “tiles.” It’s another case of corruption in which those responsible for modernising the tank stole a large chunk of the money. If the tanks had been properly modernised by Russia, Ukraine probably would not have managed to destroy so many.

In another area, in Crimea, behind an officer giving an interview, a supposed S-400 missile system near a bridge is seen deflating. Clearly Russia has used one of its famous inflatable weapons here, which it introduced into service a few years ago. Could this be the real reason why the Russians are failing to intercept the HIMARS missiles that are devastating their forces? The S-400 anti-aircraft system has that capability on paper.

At the same time, pictures are circulating on the internet of Czech wooden hedgehogs installed by Russian forces in Herson, a city Ukraine is preparing to storm. Normally, these obstacles are made of steel and have the potential to stop armored vehicles.

Read:  Mid-range phones get a major upgrade with Snapdragon 6 Gen 1

On the other hand, Ukraine does not seem to have the strength to push the Russians out of Donbas at the moment either, despite their obvious weakness. Things could change, however, as more and more soldiers learn to use modern weapons sent from the West. Ukrainian soldiers are already being trained in several NATO member states.