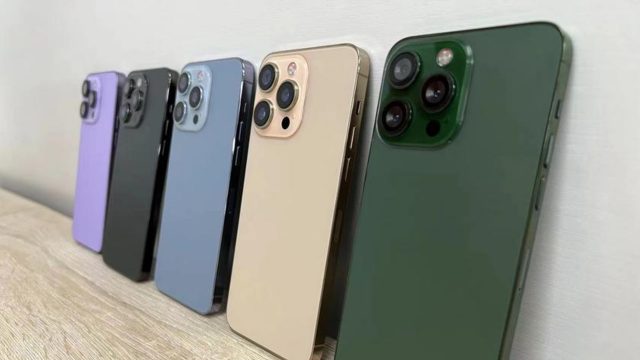 A Chinese manufacturer has released an iPhone 14 Pro Max clone that costs just $72. The phone, called the i14 Pro Max, runs Android and looks, on the outside, like the Apple-made device.

The low-cost smartphone even copies the Dynamic Island element, which replaces the notch on the new iPhone 14 Series Pro models. From a distance, the device could even be mistaken for an Apple-branded device.

The phone includes a MediaTek MT6753 processor, 3 GB of RAM and has 32 GB of internal storage. The display is 6.5″ diagonal and the battery has a capacity of 2,800 mAh.

The version of Android running, 8.1, is “archaic”.

The manufacturer has also announced a more advanced version with a 6.8″ display, MediaTek Dimensity 9000 chipset, 16 GB RAM, 1 TB internal storage capacity and 7,800 mAh battery. Pricing and release date have not yet been made public.

Apple announced the new iPhone 14 Pro (6.1″ display) and iPhone 14 Pro Max (6.7″ display) smartphones on September 7. The devices come with the new A16 chipset, have – for the first time on an iPhone – an always-on display, 48 MP main camera sensor and autofocus front camera.