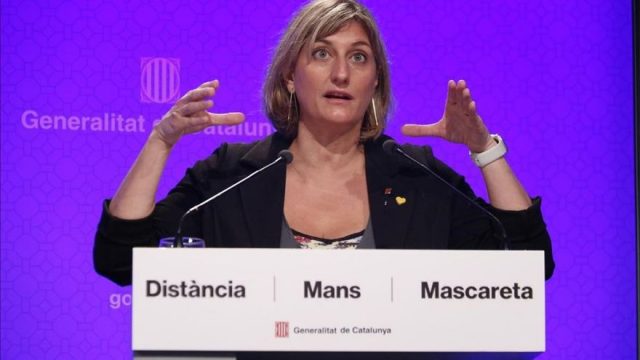 Netflix has released, at the beginning of August and by surprise, a documentary called ‘Broken Health’.which deals with nothing more and nothing less than how the (ex) ‘consellera’ de Salut of the Generalitat de Catalunya Alba Vergés and her team tried to manage the sanitary crisis caused by the covid-19 pandemic.

The documentary, included in the ‘historical documentaries’ section of the audiovisual platform, has. one hour and eight minutes in length, and is available with Spanish audio, and subtitles in Catalan, German, English, French, Romanian and German..

Alba Vergés was ‘consellera’ of Health of the Govern de la Generalitat de Catalunya from May 2018 to May 2021. He was succeeded by the epidemiologist Josep Maria Argimonwho during Vergés’ term of office held the position of Secretary of Public Health of the Department of Health.

Read:  Catalonia to vaccinate pregnant women against flu and the fourth dose of covid

Vergés not only had to deal with a pandemic with such devastating effects as that of the coronavirus, but also had the responsibility of managing the vaccination campaign against it in Catalonia, as well as to announce the controversial measures and restrictions that were carried out to contain the contagions.