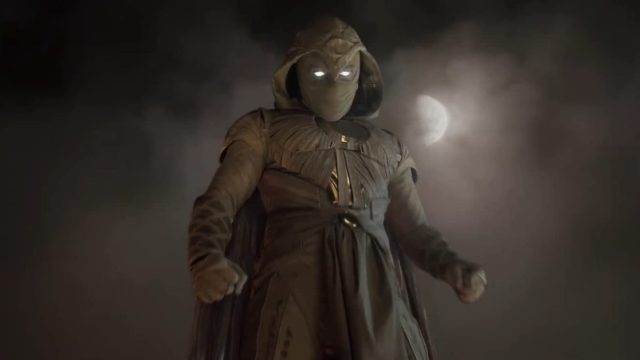 A new teaser-trailer for Moon Knight shows us the hero played by Oscar Isaac in a new pose. From one trailer to another, Marvel manages to give more and more “from home”.

Specifically, in the new trailer, “Moon Knight” can be seen fighting a mysterious creature. The series, which will premiere on Disney + on March 30, 2022, is the first live-action MCU with a new hero, which will be broadcast on the streaming service. The decision is a courageous one, since, in the sweet classic style, a character already known to the general public would have been preferred, with whom to go safely.

As mentioned before, the main role will be played by Oscar Isaac. “Moon Knight” is just one of Steven Grant’s many identities, as the world begins to crumble around him as soon as he learns of the existence of his alter ego, the mercenary Marc Spector.

What’s new in the recent trailer for “Moon Knight”

Yesterday, Marvel released a new trailer for its new series, entitled “Choice”. The 30-second trailer features a lot of new images, including a battle between “Moon Knight” and a creature we don’t know much about right now.

Also in the trailer we have the opportunity to see more details about the multiple identities of Oscar Isaac.

Read:  How to make money on YouTube even if you're not a star: what you need to meet

“Moon Knight” is therefore approaching its grand launch. As a result, this trailer may be the last one we’ll be able to see before the actual release. It remains to be seen if the new hero will catch the audience, since, like “Deadpool”, it seems to jump out of the patterns of the classic.

The new trailer can be seen here: