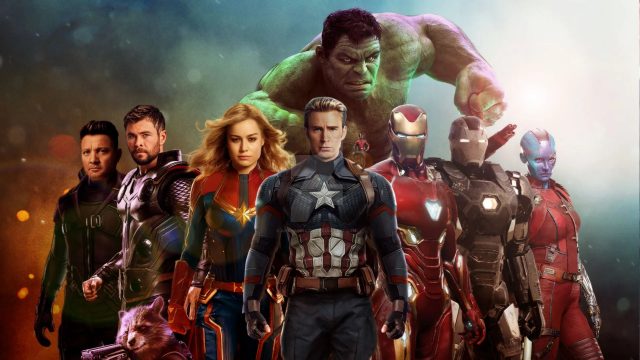 In addition to a slew of new movies, Marvel’s future after Thor: Love and Thunder sounds good as hell and boasts a long list of new Disney+ series.

Looks like Marvel has a lot of movies and series lined up for Phase 4 of the MCU and beyond. Thor’s latest adventure, in which the hero confronts Gorr the God Butcher, is the seventh MCU movie released since the end of Phase 3.

Due to the COVID-19 pandemic, Phase 4 unfortunately got off to a rather slow start. In fact, 2020 was devoid of any new MCU content. The next two years, however, were a different story altogether. Five MCU series were released in 2021 alone, which was obviously a nice start for Disney+ in its relationship with Marvel.

Here’s what the future holds if you’re a fan of Marvel productions.

Marvel seems to want to take a different direction from what they’ve been promoting on Disney+ so far. I Am Groot is an animated series of shorts, aimed at children. Consisting of five episodes, the series will go back a few years before Avengers: Infinity War, to a time when the character was still Baby Groot. Once again, Vin Diesel will provide the voice of the fan-favourite character.

The next live-action series to arrive, just after the end of Miss Marvel, is She-Hulk: Attorney At Law, which is scheduled to premiere on August 17. In the format of a half-hour comedy, the new series will tell the story of Jennifer Walters, a lawyer who becomes the Marvel Comics sensation She-Hulk. Helping her on her journey is Bruce Banner, played by Mark Ruffalo, who last appeared in the post-credits scene of Shang-Chi and the Legend of the Ten Rings. Her biggest enemy from the comics is Titania, a character to be played by Jameela Jamil. In addition, the series will feature the return of Tim Roth as Abomination.

Marvel’s werewolf hero is on his way to Disney+ in the form of a special Halloween edition. In the special film, which doesn’t have an official title at the moment, Gael Garcia Bernal could play Jack Russell, the original version of Werewolf by Night, a drifter whose family carries the werewolf curse from Marvel Comics. Since filming is ongoing, it’s unlikely that Marvel intends to release Werewolf by Night right on Halloween, which is in late October.

Read:  All Romanian drivers are affected: what is happening with RCA, why we will pay more and more

What If…? is scheduled for a second season in 2022. After putting out a slew of “what if” scenarios about several major MCU events, the show will return for another batch of nine episodes, at least some of which are tied to the Phase 4 releases. Marvel has yet to release a trailer or confirm story details. However, one thing has been confirmed: Captain Carter, played by Hayley Atwell, will return.

Guardians Of The Galaxy: Holiday Special – end of 2022

Before returning to the big screen in Guardians of the Galaxy Volume 3, Star-Lord’s team will continue their adventures from Thor: Love and Thunder in James Gunn’s Guardians of the Galaxy holiday special. In what will most likely be the last Marvel release of 2022, the holiday “special” will feature someone Gunn called “one of the greatest MCU characters of all time.” According to the director, only some of the Guardians will make an appearance, though it’s unclear what exactly that means.

Nick Fury, played by Samuel L. Jackson, will get his chance to become the hero of the story when Marvel releases Secret Invasion, a film expected to premiere in early 2023. Set before the Avengers invade Thanos’ world, the six-episode series is one of the most anticipated and looks to adapt events from the comics of the same name, which centered on an attempt by the Skrulls to infiltrate the superhero community and various government organizations. The live-action version of the story will include appearances by several returning MCU characters on screen, including Everett Ross, War Machine, Talos and Maria Hill.

Maya Lopez, known for Hawkeye, will have her own spin-off in 2023. Presumably, the show will explore the continuation of the story of the character played by Alaqua Cox after his confrontation with the Kingpin (Vincent D’Onofrio) at the end of Hawkeye. It looks like Daredevil, played by Charlie Cox, who officially returned to the MCU in Spider-May: No Way Home, as well as Kingpin, will play major roles in Echo.

Read:  Bentley is focusing on the future: how to change production

As the end of Season 1 of Loki suggests, the story of God of Mischief is not over. Season 2 of Loki, which is currently in full production, will certainly address the fate of TVA, which has been radically changed by Sylvie’s decision to kill the One Who Remains, thus prompting a new variant of Kang the Conqueror to use time travel to take over the organization. Since Kang seems obsessed with threatening the MCU in Ant-Man and the Wasp: Quantumania, there’s a possibility that the two stories will overlap in some interesting ways. A release date hasn’t been announced, but we’re guessing it will happen sometime in 2024.

Admittedly, Ironheart doesn’t have an official cast yet, but it’s one of two series set up by Marvel to explore Iron Man’s legacy in Phase 4. In Marvel Comics, Ironheart is a teenage superhero who designs Iron Man-style armor. The series could be a spin-off Black Panther: Wakanda Forever, one suspects. After taking part in the conflict between Wakanda and Namor, Riri Williams could also have a big say in Ironheart.

In the pages of the Iron Man comics from the 1980s, Marvel told a story called “Armor Wars” that showed Tony Stark going on a crusade to recover his stolen technology. In the wake of Iron Man’s death, the MCU “hatches” its own interpretation for Armor Wars. With filming set to begin very soon, Armor Wars could be released on Disney+ in late 2023.